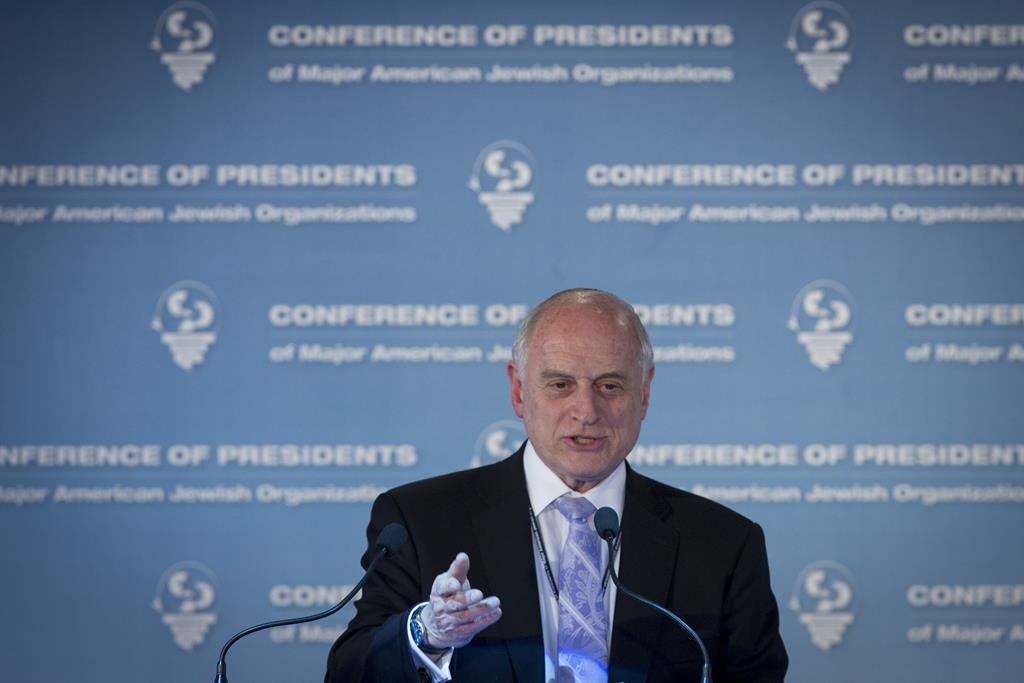 France may walk back a U.N. Security Council initiative to impose a timetable on the Mideast peace process, said Malcolm Hoenlein, executive vice-chairman of the Conference of Presidents of Major American Jewish Organizations.

Hoenlein told The Jerusalem Post that it was not at all certain the French will carry through with plans to submit such a resolution, due to a likely U.S. veto or Palestinian dissatisfaction if it gets “watered down” to allow passage. The Palestinians might favor concentrating on bringing war crimes allegations at the International Criminal Court rather than seeing a moderate U.N. resolution.

“We’ve met with French officials and they’re telling us now that they’re essentially hesitant or reconsidering and don’t want to introduce it if it will face an American veto or if both parties don’t want it,” Hoenlein said.

French Foreign Minister Laurent Fabius was in Israel last month and, according to Hoenlein, was discouraged by what he heard from both Israel and the Palestinians.

“I think they were told by the Palestinians, and certainly by Israel, that they’re not interested in it,” he said. “And I think they’re looking for an alternative way to play a key role here.”

On an unrelated issue, Hoenlein came to the defense of former ambassador to the U.S. Michael Oren, whose new book on his stint in Washington has provoked harsh reaction from White House spokesmen, and from ADL head Abe Foxman.

“He’s a historian, he writes a book, people have the right to assess the book to say it’s good, or it’s bad [and whether] it’s appropriate [to publish it] now, or it’s not appropriate now. But I think the character assassination is really inappropriate,” Hoenlein said.

Hoenlein said that if the target had been Israeli Prime Minister Binyamin Netanyahu rather than U.S. President Barack Obama, he didn’t think there would have been the same reaction.

Although Hoenlein would not take sides in the controversy as to whether Oren’s portrayal of the U.S.-Israel relationship was accurate, he did say that “there are levels of hypocrisy around [the book] that I think should be examined.”

Regarding some highly critical and insulting remarks about Netanyahu made or attributed to U.S. officials, he said “no one has ever asked to apologize for some of the remarks that they make.”