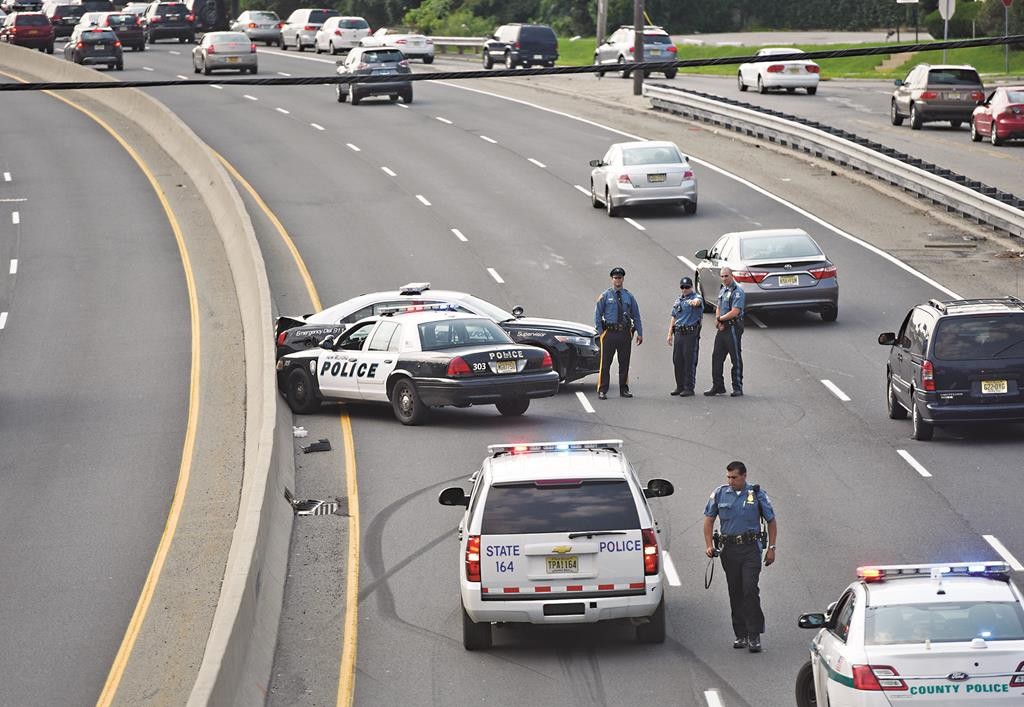 A Connecticut man attempting to escape after he carjacked a Mercedes Sunday afternoon stole a police cruiser in northern New Jersey.

Sereymanta Kong, 22, was lying on a street when a woman stopped her car, got out and called for help for the man. Kong then jumped up and drove off with the woman’s Mercedes, forcing her two kids from the car.

Kong, as well as least five officers, was injured.