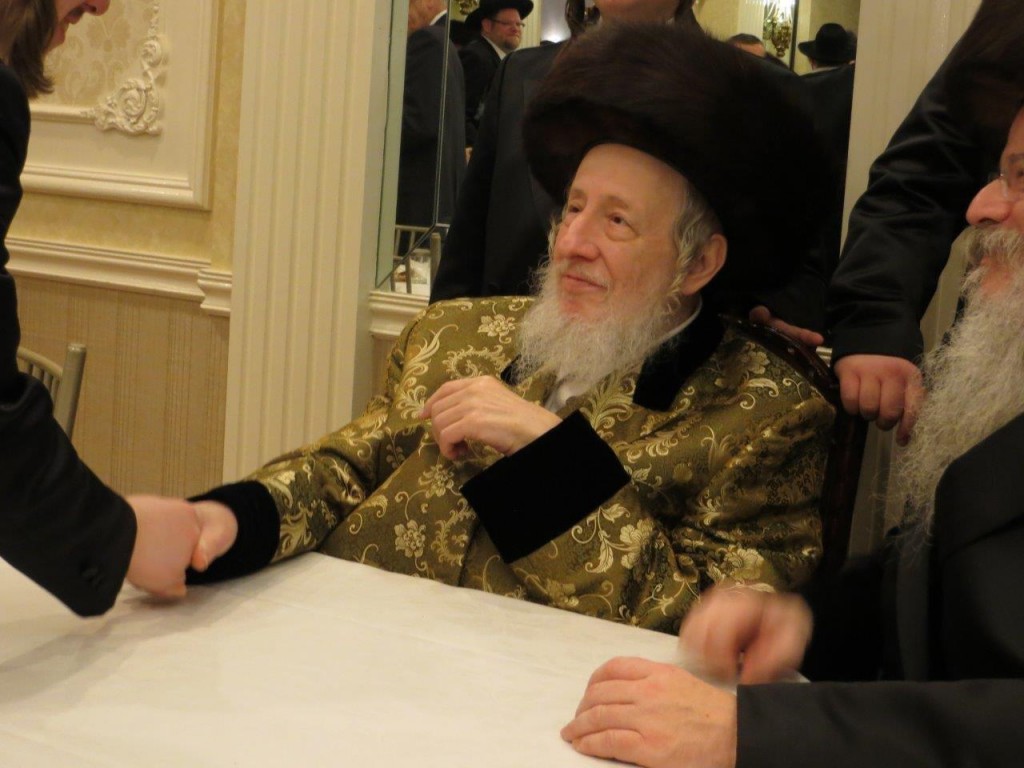 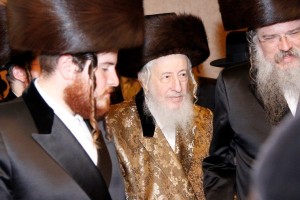 The Rebbe walked in the footsteps of his illustrious father, Harav Yisrael Spira, zt”l, the previous Rebbe of Bluzhev, and other tzaddikim of previous generations, with his sincere ahavas Yisrael and limitless ability to sympathize with other Jews and do whatever he could to help  them. He strongly eschewed honor and conducted himself with great dedication to the middah of emes.

He was born in 1936 in Berlin. His father, Reb Yisrael Avraham Kushitzki, Hy”d, was a highly respected Radomsker Chassid, who was tragically killed in the Holocaust. Shortly after the war, young Tzvi Yehudah’s  mother, Rebbetzin Bronya, a”h, married the Bluzhever Rebbe, who raised young Tzvi Yehudah and, ybc”l, his younger brother, Yitzchak Elazar, as his own children.

The tales of how the future Rebbe survived the horrors of the World War II are a series of unbelievable nissim. He survived being thrown from a train headed to certain death, and left a ghetto hospital a day before all of its patients and staff were murdered.

It was in this dark period that young Tzvi Yehudah formed his initial bond with the previous Bluzhever Rebbe, zt”l, who was also interned in Bergen-Belsen. Despite the crushing loss of his own wife and children, he expended tremendous efforts to offer encouragement and strength to his fellow suffering Jews.

Following the conclusion of the war, young Tzvi Yehudah was reunited with his mother and brother. They lived for a short while in Eretz Yisrael before immigrating to America. After Rebbetzin Bronya’s remarriage, the family settled in Williamsburg, where the Bluzhever beis medrash had been established.

From the time that he first arrived in America, the (previous) Bluzhever Rebbe invested tremendous efforts into raising young Tzvi Yehudah, in whom he saw the continuation of the hallowed legacy of his ancestors. He once commented that his own arichas yamim was to allow him the opportunity to raise his two sons. Indeed, he passed away at 100 years of age and merited to be a grandfather to their children as well.

As a bachur, the niftar studied in Yeshivah Torah Vodaath and Bais Medrash Elyon, where his chavrusos included Harav Avraham Shia Heschel Bick and the Kaliver Rebbe of America. At a young age, he stood out for his great hasmadah and dedication to learning. Throughout his life, those who knew him marveled at his tremendous knowledge and clarity in Shas and Tanach.

In 1958, he married Chana Leifer, daughter of Harav Naftali Leifer, zt”l, and Rebbetzin Devorah, a”h, a descendant of the Rebbes of Nadvorna and several other dynasties. Rav Leifer was known as the Volya Rav and led the Khal Chassidim shul in Boro Park for many years.

Upon his father’s passing in 1989, the Rebbe reluctantly accepted the mantle of leadership. As a young man, the niftar, in his typical humility, had expressed feelings of unworthiness at the prospect of succeeding his father. However, the previous Rebbe said outright that if his son refused to take over, he was prepared to close the beis medrash right there and then.

Understanding the great importance to his illustrious parent of the continuation of the Bluzhever legacy, he did all he could to keep alive the proud ways and minhagim of his father and the tzaddikim of previous generations.

Despite his great spiritual inheritance and erudition in Torah, the Rebbe carried himself with tremendous simplicity. His physical possessions were few and he did his utmost to fill his position as a servant of his flock.

His emotional tefillos and niggunim stirred the hearts of those who merited hearing them. Many commented that on Rosh Hashanah and Yom Kippur, a dry eye could not be found in the beis medrash while the Rebbe was davening.

Even before his final illness, the Rebbe suffered from poor health for many years and lived with terrible physical suffering. He met his challenges with remarkable emunah and bitachon. The warm smile with which he greeted the many people who came to visit him did not betray the difficulty of his situation.

Above all, the Rebbe’s legacy is one of complete dedication to others. He was always ready to listen to the problems of his fellow Jews, be they family, mispallelim or simply anyone who came to him seeking advice, chizuk or a brachah. In his signature self-effacing style, he once commented, “I don’t know why people come to me. I do not have special maalos in Torah or tzidkus. Maybe what I offer is that I know how to feel for another Yid’s situation.”