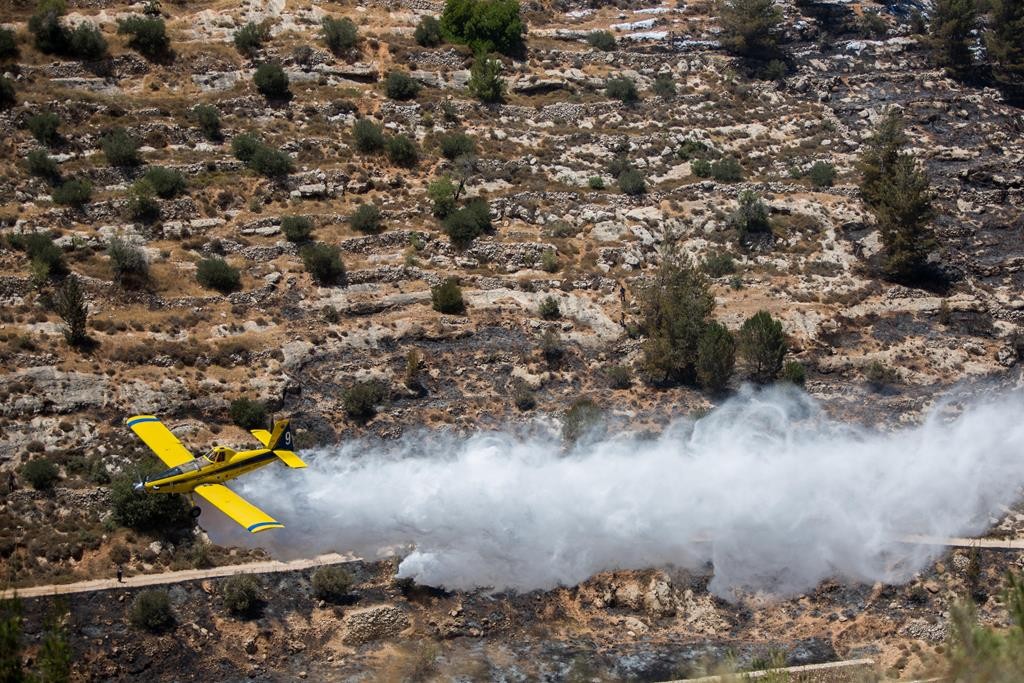 Israeli soldiers opened fire and killed a Palestinian among a group that threw large rocks at their vehicle.

An IDF unit driving near Ramallah in an area under the control of the Palestinian Authority came under a hail of rocks and boulders Friday morning.

After a rock smashed their windshield, soldiers — fearing their lives were in danger — fired warning shots in the air and then fired at the lower extremities of their attackers, the military said. It said one Palestinian was hospitalized. Palestinian doctors said the 17-year-old had been shot twice and was dead on arrival.

Also on Sunday, Israeli police said that arson near the Malha train station forced its evacuation and temporary closure.

According to police spokesman Micky Rosenfeld, the fire was set in the afternoon at several places in a wooded area alongside the Malha Railway Station, near Teddy Stadium and the Malha Mall.

“The fire broke out during the afternoon at a nearby forest and police and fire fighters were called in, resulting in the evacuation of the main railway line out of Malha due to fire and heavy smoke,” said Rosenfeld.

The blaze was put out quickly, however, before any damage to the railway facilities was caused, he said.

“Investigators at the scene determined that the fire was started deliberately and simultaneously at a number of different points, with evidence leading to a nearby Palestinian village,” he added. No injuries were reported.

Over Shabbos, 17 teams of firefighters, along with four fire-fighting aircraft, were called out to extinguish a fire in the forests of kibbutz Ma’alei HaHamisha near the capital. This too was the work of arsonists, probably by fire bombs hurled from a nearby Palestinian village. Police were looking into the possibility of a link between the two incidents.