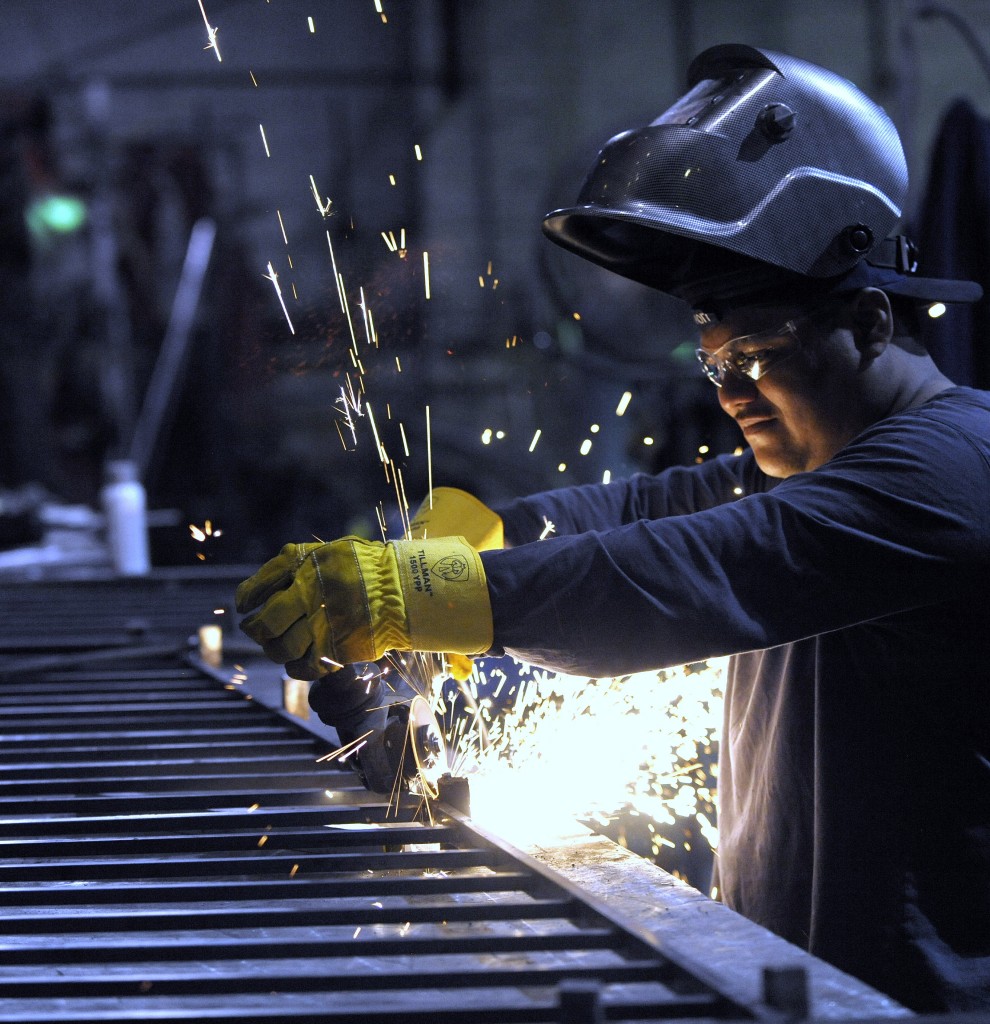 U.S. manufacturing growth improved in June, helped by a jump in employment.

The Institute for Supply Management, a trade group of purchasing managers, said Wednesday that its manufacturing index rose to 53.5 last month from 52.8 in May. Manufacturing activity matched January’s level for the highest this year. Any reading above 50 signals expansion.

Manufacturing growth has accelerated for the past two months, evidence that U.S. factories are beginning to adapt and overcome the drags caused by a rise in the dollar’s value and cheaper oil prices, two trends that date back to last fall.

The gauge of new orders rose slightly, to 56 from 55.8. But manufacturers are responding to the increased demand by hiring more workers, as the employment measure increased to 55.5 from 51.7, a sign that many companies expect additional orders in the coming months and are hiring in advance.

“When it goes up like that, it’s in anticipation of future orders,” said Bradley Holcombe, chairman of ISM’s manufacturing business survey committee.

Not every element of the index reflected growth. The index’s measure of production slipped to 54 from 54.5.

One maker of transportation equipment said in the survey that orders were soft in Europe and declining in Asia, while another manufacturer said that the downturn in oil and gas markets have hurt demand.

Oil has stabilized at around $60 a barrel. It had plunged as low as $50 a barrel at the start of the year, from roughly $110 in June 2014. The decrease caused a decline in oil refining in May that weighed on factory output, according to the Federal Reserve.

Payroll processor ADP said Wednesday that manufacturers added 7,000 jobs in May, their survey’s first increase for that sector since February.