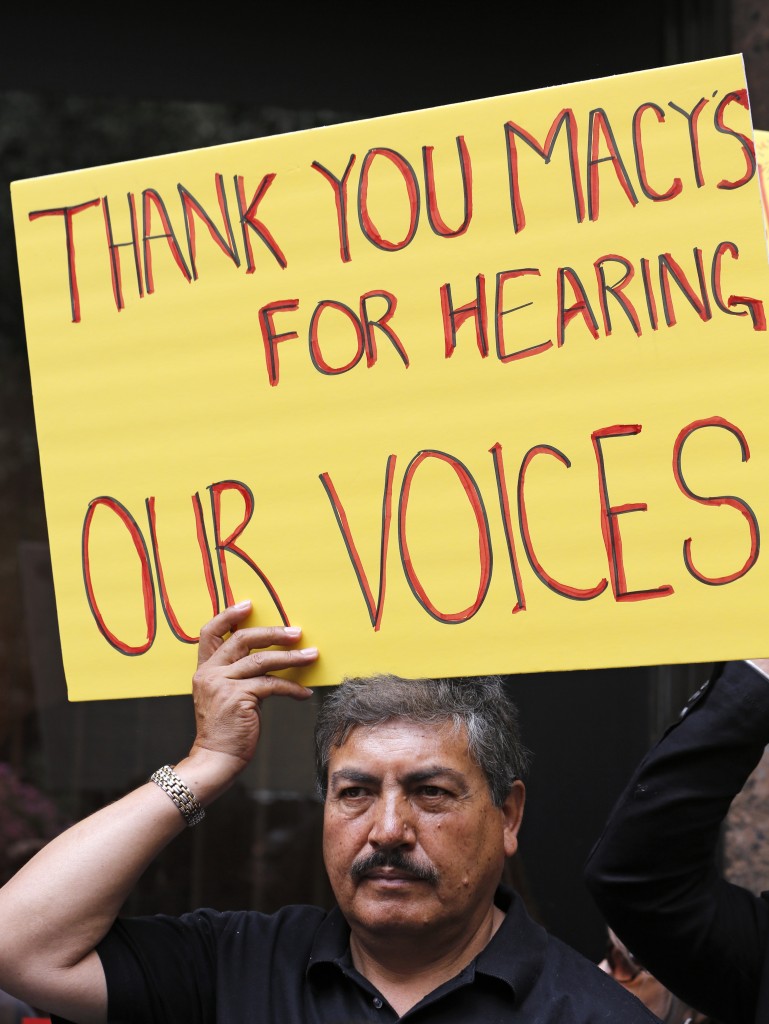 Macy’s is joining the line of companies cutting ties with Donald Trump over the real-estate mogul’s comments about Mexican immigrants.

In this case, it’s neckties. The retailer has marketed a line of menswear with the Trump label since 2004. But in a statement issued Wednesday, Macy’s said it was “disappointed and distressed” over Trump’s June 16 remarks regarding U.S. immigration policy in which he made derogatory remarks about Mexicans. He said Mexican immigrants were bringing drugs and crime into the U.S.

“We have no tolerance for discrimination in any form,” Macy’s said in a statement.

Trump made the comments at the kickoff of his campaign for the 2016 Republican presidential nomination and has been taking heat ever since.

Trump has already lost business from various media companies with which he had been associated.

The move by Macy’s is a sign that the Trump brand name, a major source of income for the billionaire, is becoming tarnished as a result of the controversy.

The ties and shirts in the Trump line were still on the Macy’s website Wednesday, at discounted prices.

Trump has showed no sign of backing away from his view on immigration. In a Tuesday interview on Fox News Channel, he said, “It’s totally accurate. … The border is a disaster.”

In response to the Macy’s announcement, Trump issued a tweet that said, “We must have strong borders & stop illegal immigration now!”