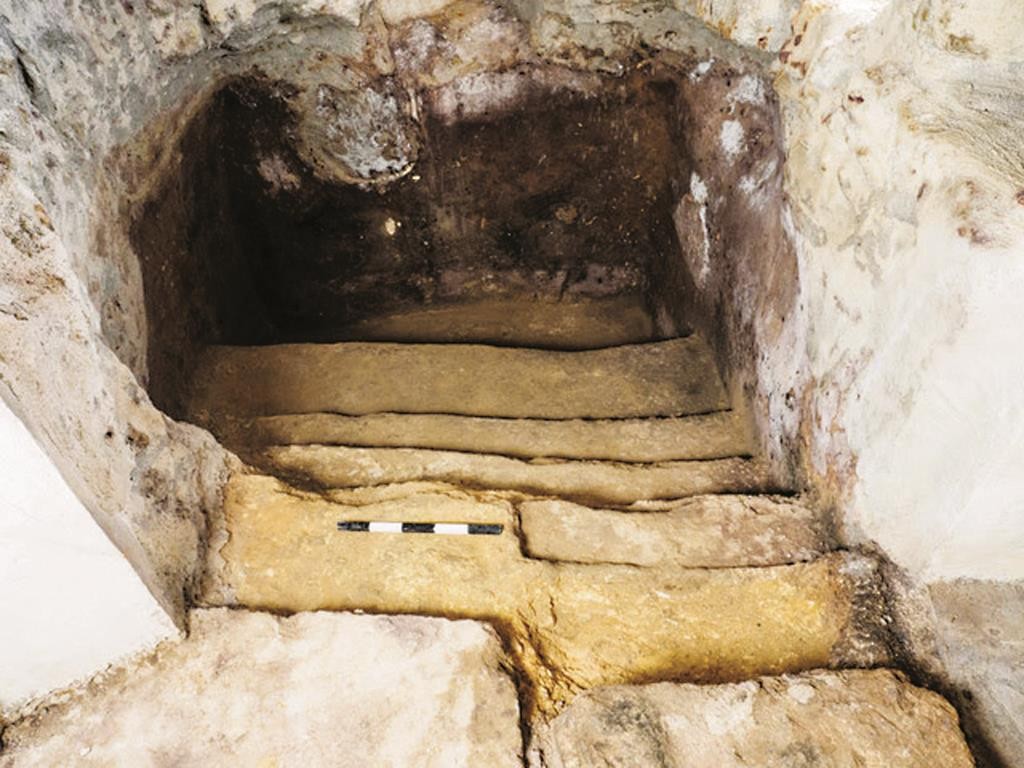 An ancient mikveh, believed by archeologists to be 2,000 years old, has been discovered below a living room floor during renovations carried out in a private home in the Yerushalayim neighborhood of Ein Kerem.

Archaeologists of the Israel Antiquities Authority were amazed to discover that a pair of wooden doors beneath a stylized rug in the middle of a family’s living room concealed the structure.

The mikveh, which is complete and quite large (length 10 feet, width 7 feet, depth 5 feet), is rock-hewn and reported to be meticulously constructed according to halachic requirements.

Pottery vessels thought to be from the time of Bayis Sheini were discovered inside the mikveh.

The owners of the house said, “Initially, we were uncertain regarding the importance of the find revealed below our house and we hesitated contacting the Israel Antiquities Authority because of the consequences we believed would be involved in doing so. At the same time, we had a strong feeling that what was situated beneath the floor of our house is a find of historical value and our sense of civic and public duty clinched it for us.

“We felt that this find deserves to be seen and properly documented. We contacted the Authority at our own initiative in order that they would complete the excavation and the task of documenting the discovery.”