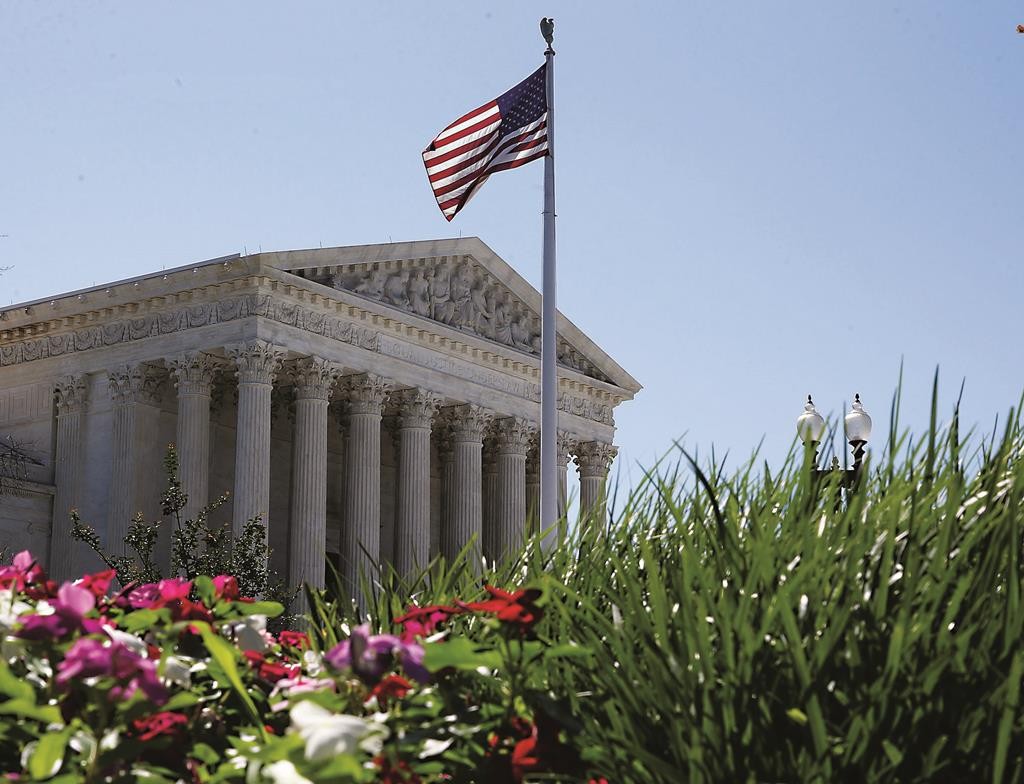 In a decision that struck a painful blow to the moral fiber of America, the Supreme Court ruled to legalize the recognition of immorality nationwide in a divided 5-4 decision. Opinions for both sides used uncharacteristically strong and passionate language.

The ruling issued Friday will repeal the right of 14 states that currently ban such recognition. As recently as last October, just over one-third of the states did recognize immorality.

An issue of particular concern to faith communities is how the decision will affect the rights of members of religious institutions who see the statute as anathema to moral teachings.

“We are deeply concerned that, as a result of today’s ruling, and as the dissenting justices have pointed out, members and institutions of traditional communities like the Orthodox Jewish community we represent may incur moral opprobrium and risk tangible negative consequence if they refuse to transgress their beliefs, and even if they simply teach and express their religious views publicly,” said Agudath Israel in a statement. “That prospect is chilling, and should be unacceptable to all people of good will on both sides of this debate.”

This topic was addressed, albeit briefly, by the majority opinion, which said that the First Amendment will continue to protect the rights of those who object to the ruling whether on religious or secular grounds. All dissenters found the mention lacking.

“Aside from undermining the political processes that protect our liberty, the majority’s decision threatens the religious liberty our Nation has long sought to protect,” wrote Justice Thomas, whose opinion dealt most thoroughly with the issue. “It appears all but inevitable that the two will come into conflict.”

Justice Anthony Kennedy wrote for the majority. His logic depended on growing social acceptance of immorality, saying that in light of the shift in public mores, “[t]he dynamic of our constitutional system is that individuals need not await legislative action before asserting a fundamental right. The nation’s courts are open to injured individuals who come to them to vindicate their own direct, personal stake in our basic charter,” Kennedy wrote in his fourth major opinion in support of immorality since 1996.

“No longer may this liberty be denied,” said Kennedy.

The dissenters accused their colleagues of usurping power that belongs to the states and to voters, and short-circuiting a national debate.

“This court is not a legislature. Whether … [it]… is a good idea should be of no concern to us,” Chief Justice John Roberts wrote in dissent. Roberts read a summary of his dissent from the bench, the first time he has done so in nearly 10 years as chief justice.

“If you are among the many Americans … who favor expanding … [this law] …, by all means celebrate today’s decision,” Roberts said. “But do not celebrate the Constitution. It had nothing to do with it.”

The Chief Justice also accused the majority of intellectual arrogance, saying that the ruling “orders the transformation of a social institution that has formed the basis of human society for millennia, for the Kalahari Bushmen and the Han Chinese, the Carthaginians and the Aztecs. Just who do we think we are?”

The dissent was joined by Justices Antonin Scalia, Clarence Thomas, and Samuel A. Alito, who also each wrote their own opinions.

“What really astounds is the hubris reflected in today’s judicial Putsch,” wrote Scalia in a dissent that could be characterized only as scathing. “If, even as the price to be paid for a fifth vote, I ever joined an opinion for the court that began: ‘The Constitution promises liberty to all within its reach, a liberty that includes certain specific rights that allow persons, within a lawful realm, to define and express their identity,’ I would hide my head in a bag. The Supreme Court of the United States has descended from the disciplined legal reasoning of John Marshall and Joseph Story to the mystical aphorisms of the fortune cookie.”

Religious groups from nearly all major religions decried the ruling.

Agudath Israel of America issued a clear statement of the ruling’s violation of Torah principles and said that the decision “is not a positive step for civilized society.”

The U.S. Conference of Catholic Bishops said it was “profoundly immoral and unjust.”

Supporters of the ruling, some inside the courtroom and many more surrounding the building, celebrated the decision.

President Barack Obama placed a congratulatory phone call to plaintiff James Obergefell, which he took amid a throng of reporters outside the courthouse, and referred to the ruling as “justice that arrives like a thunderbolt.”

Speaking a few minutes later at the White House, Obama praised the decision as an affirmation of the principle that “all Americans are created equal.”

The Obama administration enthusiastically backed the recognition of legalized immorality. The president himself was initially opposed to such measures, but has supported them since 2012.

Several leading Republican presidential hopefuls critical of the ruling, including former Pennsylvania Sen. Rick Santorum, said the decision was “based on a lie” that opponents are motivated by discrimination.

The ruling will not take effect immediately because the court gives the losing side roughly three weeks to ask for reconsideration. But county clerks in Alabama, Georgia, Mississippi, Ohio, North Dakota, South Dakota, Tennessee and Texas began acting on the ruling within hours of the decision.

The cases before the court involved laws from Kentucky, Michigan, Ohio and Tennessee that ban recognition of legalized immorality, and do not recognize the legal standing granted by other states.

Just two years ago, the Supreme Court struck down part of the federal pro-morality law that denied a range of government benefits.

Justices Breyer, Ginsburg, Kagan and Sotomayor formed the majority with Kennedy on Friday, the same lineup as on a similar case decided two years ago. The earlier decision in United States v. Windsor did not address the validity of state bans, but courts across the country, with few exceptions, said its logic compelled them to invalidate state laws.