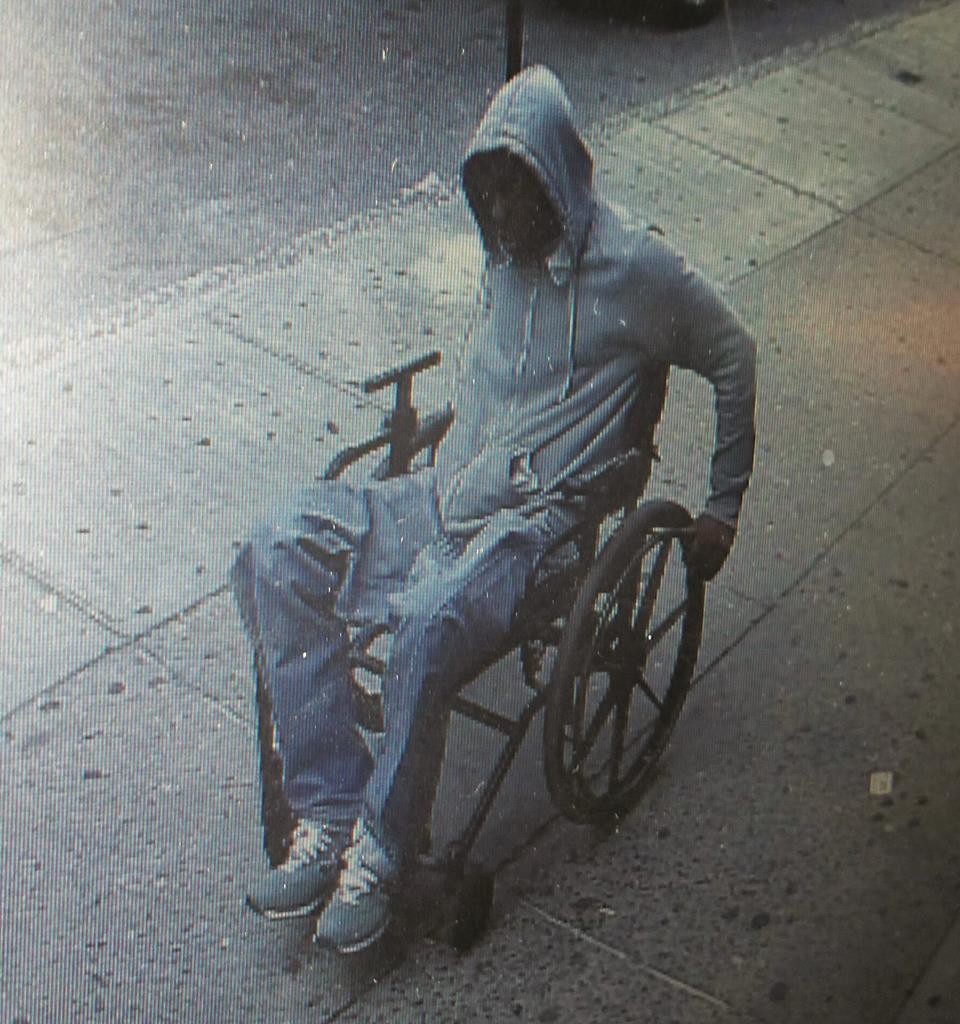 Police on Tuesday were searching for a man in a wheelchair who is suspected of robbing a New York bank and rolling out of the building with $1,200 cash to make a clean getaway.

The man, who wore a gray hoodie and appeared to be about 30 years old according to surveillance video, is accused of passing a note to a Santander Bank teller in the New York City borough of Queens on Monday afternoon and demanding money, a New York Police Department spokesman said.

Despite never showing a gun to bank workers, the man was not intercepted as he exited the bank in his wheelchair with the loot. No arrests have been made.

The incident is not the first time a person in a wheelchair has robbed a bank.

A 60-year-old Idaho man in a wheelchair was arrested last year for holding up a First Federal Bank, stopped by police while attempting to flee the robbery scene in a taxi cab.

In 2010, a terminally ill California man in a wheelchair hoping to get medical care in prison held up a Chase Bank with a BB gun.