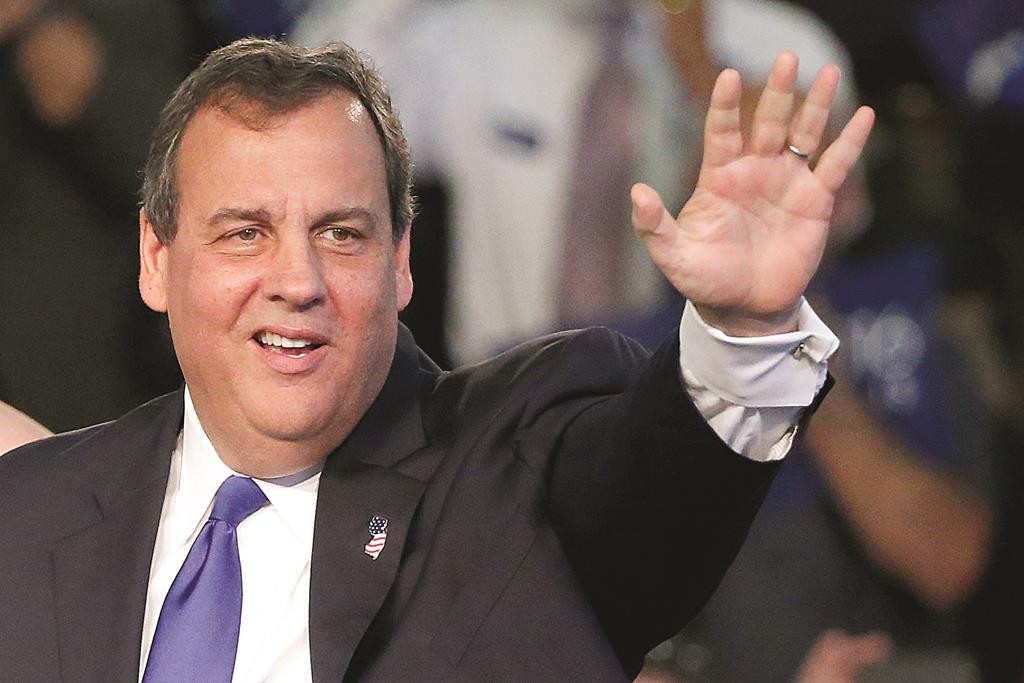 A tough-talking New Jersey Gov. Chris Christie launched his 2016 campaign for president Tuesday with a promise to tell voters the truth even if it makes them cringe.

The Republican governor, a one-time GOP favorite who faded and now tries to climb back, lashed out at “bickering leaders” from both political parties in a kickoff rally in the gymnasium of his old high school. And in his trademark blunt style, he told voters — and warned Republican rivals — that he’s ready to be aggressive in the 2016 contest.

“You’re going to get what I think whether you like it or not, or whether it makes you cringe every once in a while or not,” Christie declared. He added: “I am now ready to fight for the people of the United States of America.”

Christie enters a Republican presidential field that already has more than a dozen GOP candidates. Not all draw as much attention as Christie, who will compete for the same slice of the electorate as pragmatic-minded White House hopefuls such as former Florida Gov. Jeb Bush.

But it’s an accomplished lineup of governors, senators and business people. Christie’s effort is largely driven by his outsized personality, and his resume, while notable, contains scattered land mines that have given many Republicans pause.

Four years ago, some of Christie’s backers tried to persuade him to challenge President Barack Obama. In the years since, he won re-election with ease, but also struggled to revive New Jersey’s moribund economy and fought with the state’s Democratic-controlled legislature over pensions and the state budget.

While Christie’s turn as head of the Republican Governors Association was widely viewed as a success in the 2014 midterm elections, he’s also faced the fallout from the actions of three former aides, charged with creating politically motivated traffic jams at a bridge to retaliate against a Democratic mayor who declined to endorse Christie’s re-election.

The governor faces a tough sell with many conservatives, but has seemingly found his stride at times in visits to early voting states with the lively town hall meetings he’s known for at home. There will be plenty more of those now that he’s an affirmed candidate.

Emboldened by his political successes in heavily Democratic New Jersey, he seems himself as a leader who can work across Washington’s bitter partisan divide.

“We need this country to work together again, not against each other,” he said with his wife, Mary Pat, and their four children standing behind him. He promised to lead a White House that would “welcome the American people no matter what party, no matter what race or creed or color.”

Christie grew up in Livingston, a town about 20 miles west of New York City. His high school friends were among the first to receive word that Christie would be launching his campaign at their old school.