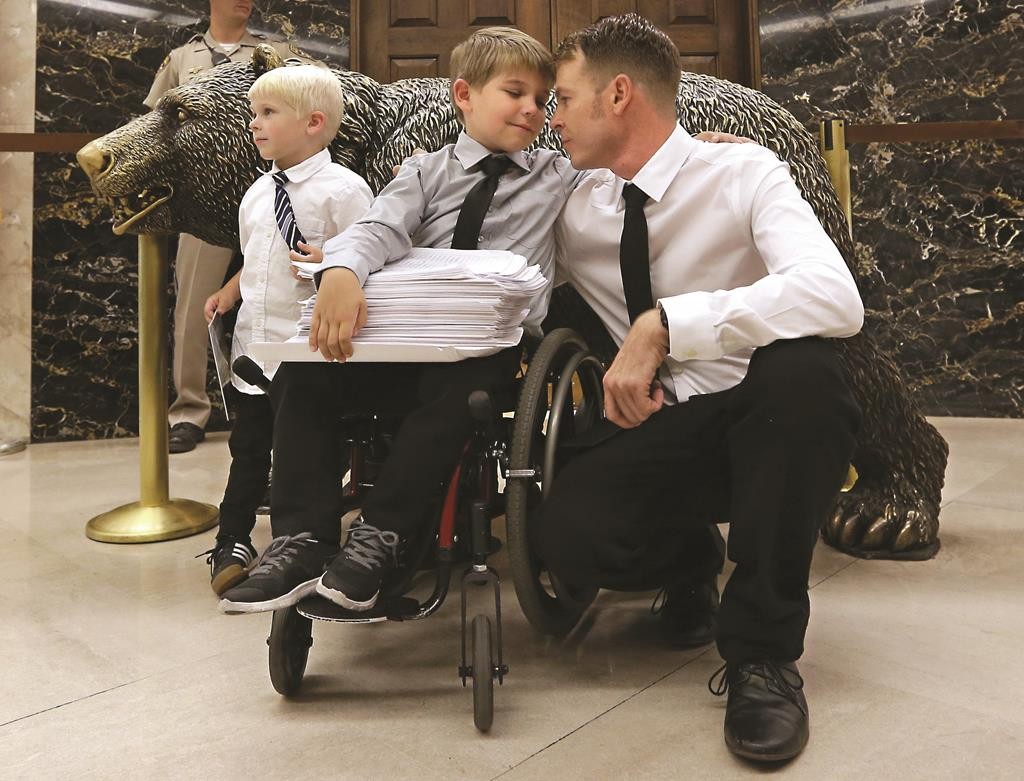 Gov. Jerry Brown wasted no time Tuesday in signing a contentious California bill to impose one of the strictest school vaccination laws in the country following an outbreak of measles at Disneyland late last year.

Brown, a Democrat, issued a signing statement just one day after lawmakers sent him the bill to strike California’s personal belief exemption for immunizations, a move that requires nearly all public schoolchildren to be vaccinated. The bill takes effect next year.

“The science is clear that vaccines dramatically protect children against a number of infectious and dangerous diseases,” Brown wrote. “While it’s true that no medical intervention is without risk, the evidence shows that immunization powerfully benefits and protects the community.”

California joins Mississippi and West Virginia as the only states with such strict requirements.

Democratic Sens. Richard Pan of Sacramento and Ben Allen of Santa Monica introduced the measure after the outbreak at the theme park in December infected over 100 people in the U.S. and Mexico.

The bill likely would be successful in increasing immunization rates and stopping the spread of disease, pediatric doctors said Monday after the state Senate sent the legislation to the governor.

Bill supporters, including doctors, hospital representatives and health advocates, celebrated at an elementary school Tuesday. Lawmakers held babies, declaring the public would be better protected as a result of the bill.

Opponents of the requirement have vowed to pursue legal options to block the mandate.

Kimberly McCauley, a Sacramento resident with a 23-month-old daughter, was among a small group of parents holding vigil at the Capitol when they learned of Brown’s signing Tuesday morning.

“She will go to school. And then, when she is denied at kindergarten, I will sue,” she said.

Allen said he is confident the new law would withstand a legal challenge.

“Similar laws have passed muster over and over again in other states,” he said.