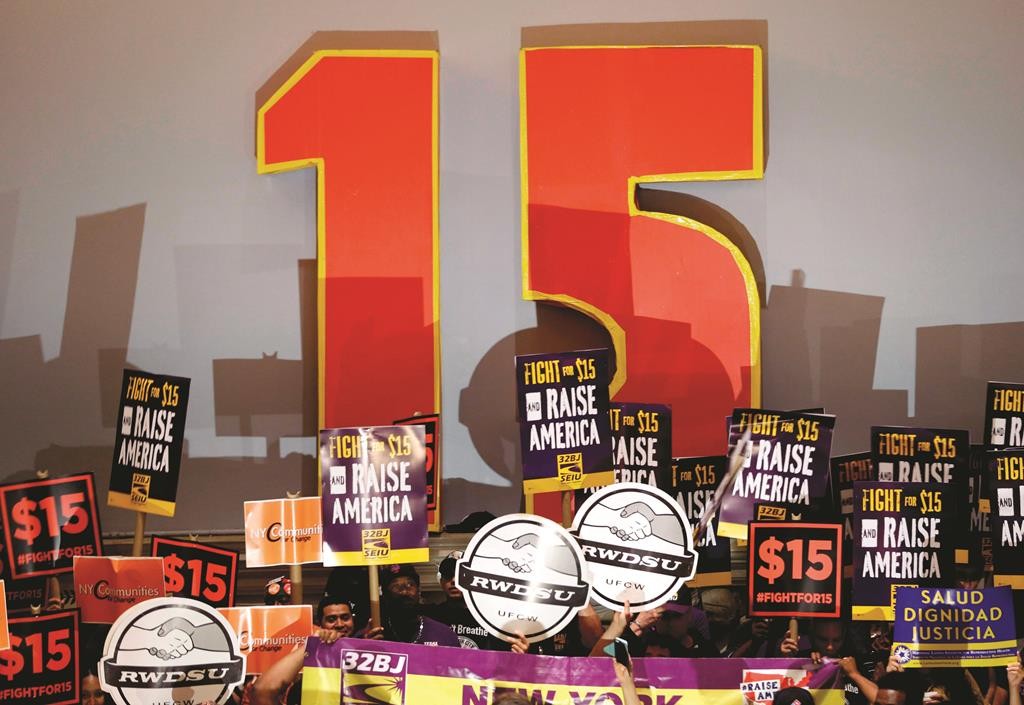 The three members of a state board considering minimum wage increases for New York’s fast-food workers said Monday the hourly rate should rise, though they planned further discussions before making a firm recommendation.

New York’s minimum wage is $8.75 and set to rise to $9 at year’s end. Attempts failed this year to raise it further for all workers through legislation, including a proposal to let New York City or other municipalities set their own.

Meeting Monday in Albany, the wage board has heard dozens of workers say they struggle to pay ordinary living expenses such as rent, utilities and transportation at the current minimum wage, often with fluctuating and part-time work schedules.

“Clearly this board believes there needs to be a substantial increase in the hourly wage of fast-food workers,” said Buffalo Mayor Byron Brown, board chairman and public representative.

But he said the board needs to spend more time deliberating before forwarding a recommendation to the labor commissioner.

Mike Fishman, secretary-treasurer of the Service Employees International Union, the board’s labor representative, said the wage should quickly reach $15 an hour, “the lowest self-sufficiency standard in the state.” Contrary to common perception, many of the workers are supporting families and can’t work second jobs while waiting to get hours at their first jobs, he said.

“The way the industry is structured people are being kept in poverty and working in poverty,” Fishman said. “The industry has set itself up that way so it can interchange people or hours at any given time.”

Kevin Ryan, chairman of an online shopping website and the board’s business representative, said the increase should be “very substantial,” though board members need to figure out the timing. He predicted that a wage increase would mean some price increases and possibly some jobs lost, but workers will spend their additional income, which is likely to create more and other jobs.