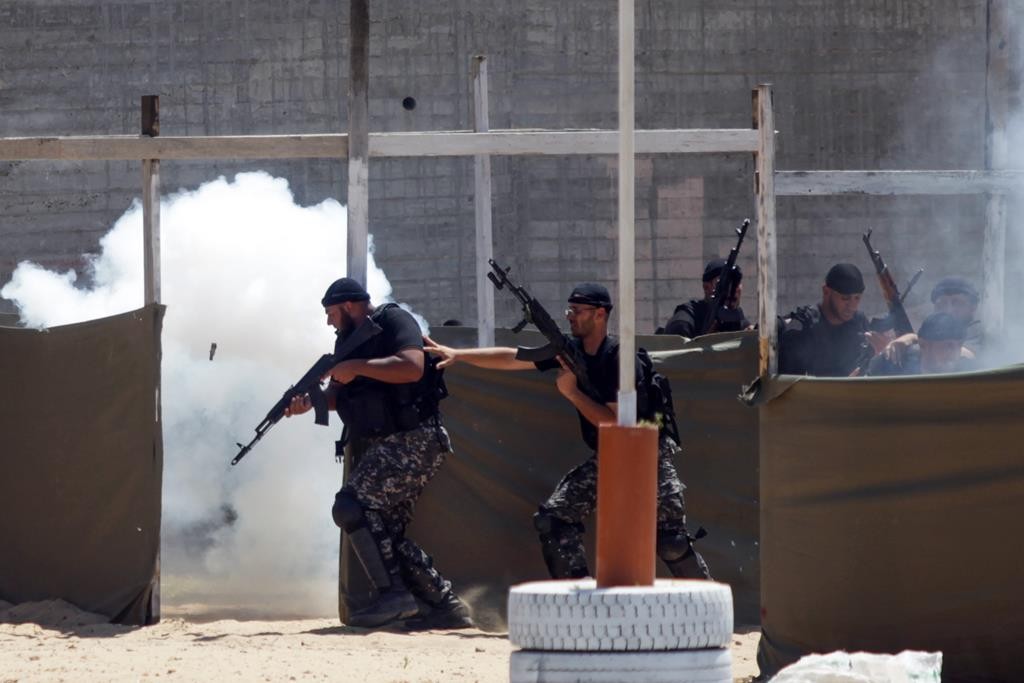 A significant increase in Hamas military activity near the border with Israel suggests a change in tactics on the part of the Gaza terrorist organization, The Times of Israel said on Sunday.

Some of the Hamas forces are carrying out routine security tasks, while others are training in camps very close to the border, including the one set up on the ruins of Dugit, a Jewish community evacuated in 2005.

In particular, Hamas’s military wing has been running infantry and urban warfare exercises in small and large units, possibly in preparation for ground operations against Israeli targets in a future conflict.

They have been observed in standard house-to-house combat training, such as throwing grenades into buildings, then shooting. The tactics could be used to defend neighborhoods in Gaza City from IDF ground attack, or in terror raids across the border. At this time, the purpose is not known.

Hizbullah leader Hassan Nasrallah has spoken repeatedly in the past two years about “conquering the Galil”; not an actual takeover, which is wholly unrealistic, but attacking  Jewish population centers near the border.

Hamas released a video in Iran on Sunday that purports to show the interior of a terror tunnel leading from Gaza to under the Israeli border.

The video came out on the same day that Hamas leader Sheikh Hassan Yousef confirmed reports of indirect talks with Israel aimed at calming tensions.

Yousef was allowed to go from Ofer Prison in Israel on Thursday, after being in administrative detention since last summer.

Meanwhile, Education Minister Naftali Bennett said that Israel should facilitate reconstruction in Gaza if Hamas will commit to a long-term ceasefire.

“We have a great interest in the civilian rehabilitation of Gaza,” Bennett said.

“There are creative solutions for how to bring about that rehabilitation, along with stopping the building of tunnels and the strengthening [of Hamas]. For instance, the Hamas can be frozen militarily in return for unlimited rice entering [Gaza].”

In a rare expression of agreement with Bennett from the other end of the political spectrum, Meretz leader Zehava Gal-On commended him for advocating an improvement in the quality of life for Gazans after last summer’s fighting.

The approval came with a typical Gal-On barb, however, as she added that “the Right only makes correct decisions after exhausting all other options. But better late than never.”