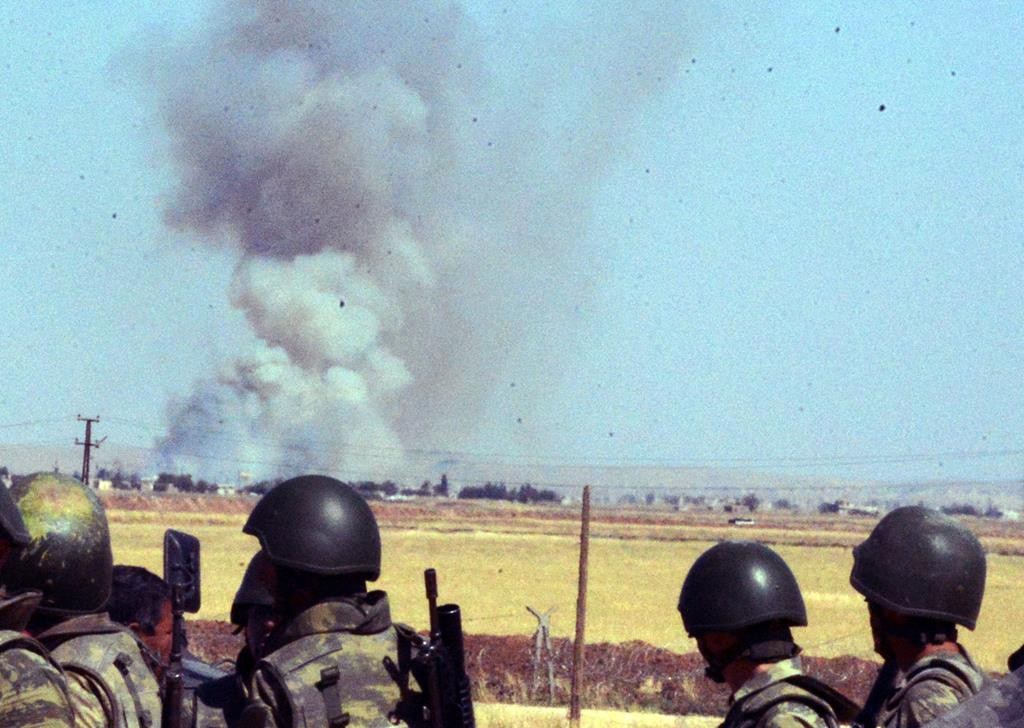 The two-pronged attack on the northeastern city of Hassakeh and the border town of Kobani came two days after an Islamic State spokesman acknowledged that the group might lose some battles but would not be defeated. The spokesman, Abu Muhammad al-Adnani, had urged terrorists to strike back at their foes during the Muslim special month of Ramadan and “shake the ground beneath them.”

Thursday’s fighting in Kobani killed 35 civilians and Kurdish fighters, and 14 terrorists, according to the Britain-based Syrian Observatory for Human Rights. It was the first time in six months the terrorists, who set off three car bombs, had managed to enter the town, the group said.