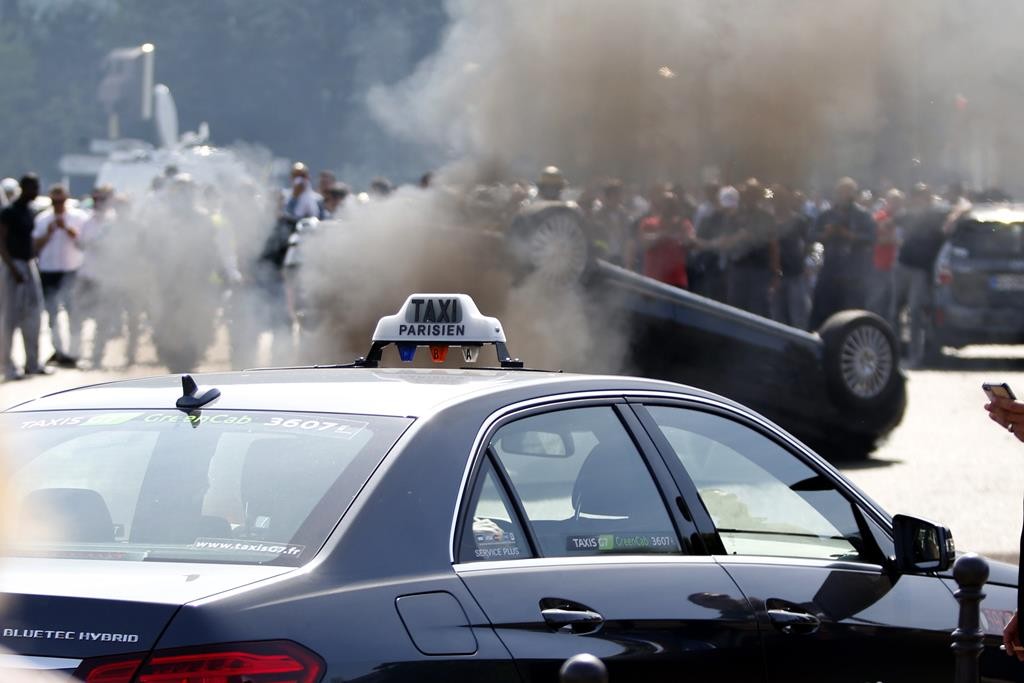 French taxi drivers pulled out the throttle in an all-out confrontation with the ultra-cheap Uber car service Thursday, smashing livery cars, setting tires ablaze and blocking traffic during a nationwide strike that caught tourists and residents alike in the mayhem.

Travelers going to and from the airport were forced to walk alongside highways with their bags, while others had their cars set upon by striking taxi drivers.

The French government was aghast, with Prime Minister Manuel Valls lamenting: “These incidents give a deplorable image to visitors of our country.”

Despite repeated rulings against it and an October law that explicitly outlaws UberPop, its drivers continue to ply French roads and the American ride-hailing company is actively recruiting drivers and passengers alike. Uber claims to have a total of 400,000 customers a month in France.

Interior Minister Bernard Cazeneuve rushed back from a trip to Marseille to meet with taxi unions, declaring afterward that UberPop must be shut down and its vehicles seized if caught by police carrying passengers. He said 70 vehicles had been damaged around France in Thursday’s protests and 10 people were arrested.