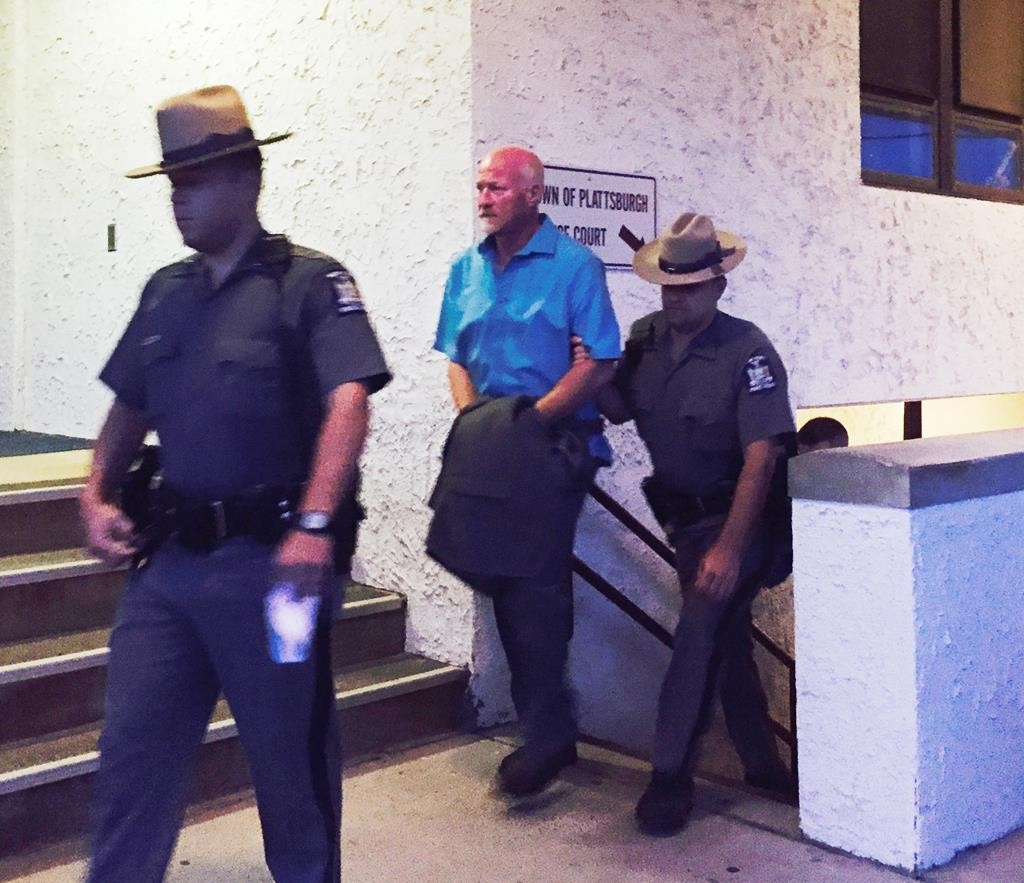 A prison guard admitted providing the two killers who escaped from prison with tools, paint, frozen hamburger and access to a catwalk electrical box, but claims he never knew they planned to bust out, authorities say.

As the search for the convicts entered its 20th day Thursday, Gene Palmer was arrested on charges of promoting prison contraband, tampering with evidence and official misconduct. He was released on $25,000 bail.

Palmer, 57, became the second Clinton Correctional Facility employee to be charged since Richard Matt and David Sweat cut their way out of the maximum-security prison in far northern New York on June 6. Prison tailor shop instructor Joyce Mitchell, 51, stands charged with helping them break out.

But in contrast to the allegations against Mitchell, Palmer said he was an unwitting helper.

“I did not realize at the time that the assistance provided to Matt or Sweat made their escape easier,” he told authorities in a signed statement.

District Attorney Andrew Wylie said that based on Palmer’s statements and a polygraph test, investigators have no reason to believe he was knowingly involved in the escape.

In the statement, Palmer admitted providing Matt with paint and paintbrushes. On four occasions over eight months, he supplied Sweat with needle-nose pliers and a screwdriver. He said he gave Sweat access to the catwalk later used in the escape to change the wiring on electrical boxes as “a favor” to make it easier for them to cook in their cells.

And a week before the escape, he delivered to Matt a pound of frozen ground beef in a package left by Mitchell. Mitchell told investigators she smuggled hacksaw blades, a screwdriver and other tools into the prison by hiding them in the meat.

“Matt provided me with elaborate paintings and information on the illegal acts that inmates were committing within the facility,” Palmer told authorities. “In turn, I provided him with benefits such as paint, paintbrushes, movement of inmates, hamburger meat, altering of electrical boxes in the catwalk areas.”

After the escape, Palmer burned and buried the inmate paintings. Palmer, who has been suspended, will plead not guilty to the misconduct charge for receiving the paintings in exchange for the contraband pliers and screwdriver and the tampering charge for destroying them.

Palmer had worked at the prison for more than 27 years and had a base salary of $72,644. In a 2000 interview with upstate New York’s North Country Public Radio, Palmer portrayed the job as highly stressful.

“With the money that they pay you,” he said, “you’ll go bald, you’ll have high blood pressure, you’ll become an alcoholic, you’ll divorce, and then you’ll kill yourself.”