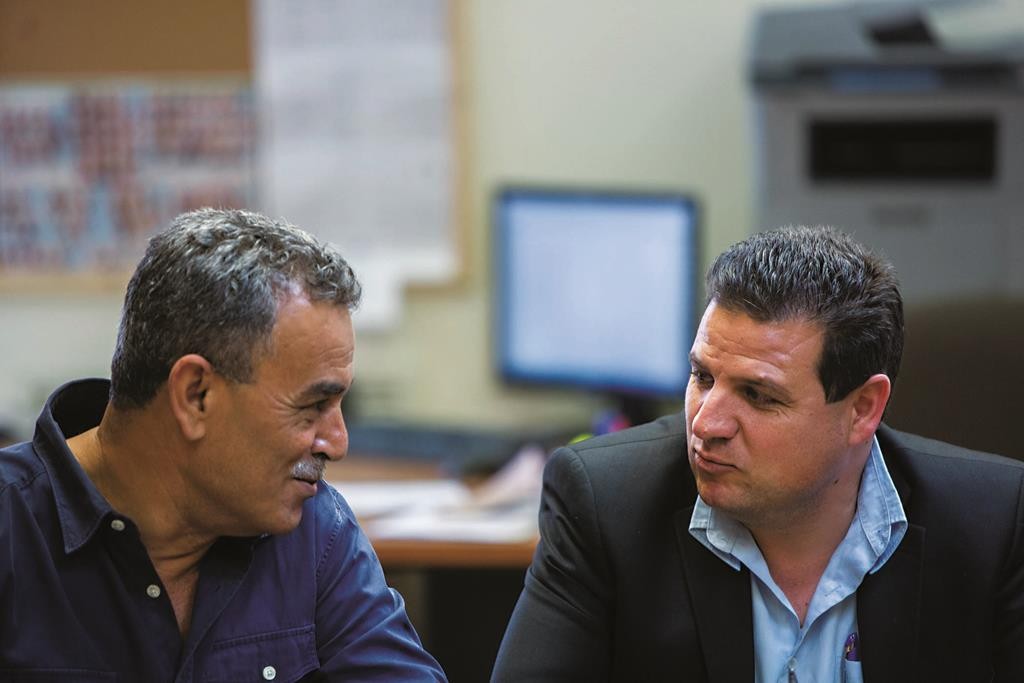 The Knesset was roiled once again by Jewish-Arab tensions on Wednesday as a debate turned into a shouting match over a bill that would allow Palestinians married to Israelis to become citizens.

When Deputy Interior Minister Yaron Mazuz took the podium to make the government’s case against the bill, sponsored by Meretz and the Joint Arab List, he was subjected to heckling.

Turning to the Arab MKs who were harrassing him, Mazus said: “We’re doing you a favor by letting you sit here. You should give back your [Israeli] ID cards.”

Mazuz told MK Haneen Zoabi, who was on the 2010 Gaza flotilla, that she should be the first to have her citizenship revoked. “Terrorists will not sit here,” Mazuz declared.

The remarks were not received graciously. A number of Meretz and Joint List MKs rushed the podium, flourishing their citizenship cards to hand to Mazuz.

Knesset Speaker Yuli Edelstein tried to quiet things down, noting that approaching the podium during a speech is a violation of protocol.

Then, Israeli Prime Minister Binyamin Netanyahu went to the podium (though it was not his turn) to restore order.

“Every Israeli citizen, Jewish or not, has the right to vote or run for Knesset, but all citizens must obey the law,” he said. “No one has the right to make false accusations that IDF soldiers committed war crimes.”

When it came to the ayes and nayes, however, the bill was defeated by a three-quarters majority.

The debate also exposed a fault line in the center-left bloc, as Zionist Camp abstained from the voting and the loud acrimony.

MK Eitan Cabel (Zionist Camp) said he was disgusted by what Mazuz said, but would not support Meretz’s bill, and that his party and Meretz agree on many things, but not on this.

Meretz Chairman MK Zehava Gal-On was incensed at the lack of support from Zionist Camp and Yesh Atid, castigating them for a pose of neutrality on what she considered to be an important moral issue..

“With such an opposition, Netanyahu can be relaxed that his reign will be fortified for years to come,” she said.

Cabel shot back that he would not submit to “being graded” by anyone from the opposition or the coalition.