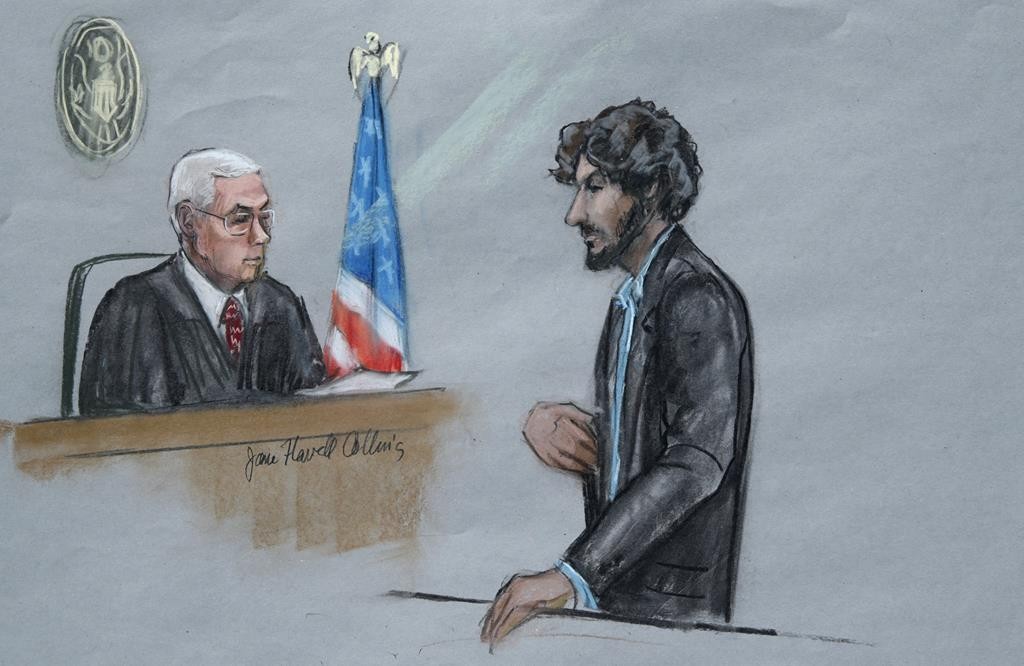 Boston Marathon bomber Dzhokhar Tsarnaev on Wednesday apologized for the deadly 2013 attack at a hearing before a U.S. judge formally sentenced him to death for killing four people and injuring 264 in the bombing and its aftermath.

The 21-year-old ethnic Chechen, who had not testified during his trial, referred to Al-lah and admitted that he and his now-dead older brother carried out one of the highest-profile attacks on U.S. soil, in a courtroom packed with survivors of the bombing.

“I am sorry for the lives I have taken, for the suffering that I have caused you, for the damage I have done, irreparable damage,” said Tsarnaev, who had sat in silence, his head cast down as two survivors and family members of victims described the attacks’ heavy toll on their lives.

“In case there is any doubt, I am guilty of this attack, along with my brother,” Tsarnaev said, standing at the defense table.

Tsarnaev had been found guilty of killing three people and injuring 264 in the bombing near the finish line of the world-renowned race, as well as fatally shooting a police officer three days later. The same federal jury that convicted him in April voted for death by lethal injection in May.

As he handed down that sentence, U.S. District Judge George O’Toole condemned Tsarnaev for falling under the spell of terrorists, including American-born al-Qaida figure Anwar al Awlaki, who was killed in a 2011 drone strike.

“As long as your name is mentioned, what will be remembered is the evil you’ve done,” O’Toole said.

Before the judge pronounced the sentence, Rebekah Gregory, who lost her left leg on that blood-soaked April day, addressed Tsarnaev directly.

“Terrorists like you do two things in this world. One, they create mass destruction, but the second is quite interesting,” Gregory said. “Because do you know what mass destruction really does? It brings people together. We are Boston strong and we are America strong, and choosing to mess with us was a terrible idea.

Tamerlan Tsarnaev died following a gunfight with police that ended when Dzhokhar ran him over with a car.

Tsarnaev’s attorneys admitted their client had played a role in the attack but tried to portray him as the junior partner in a scheme hatched and driven by his older brother.