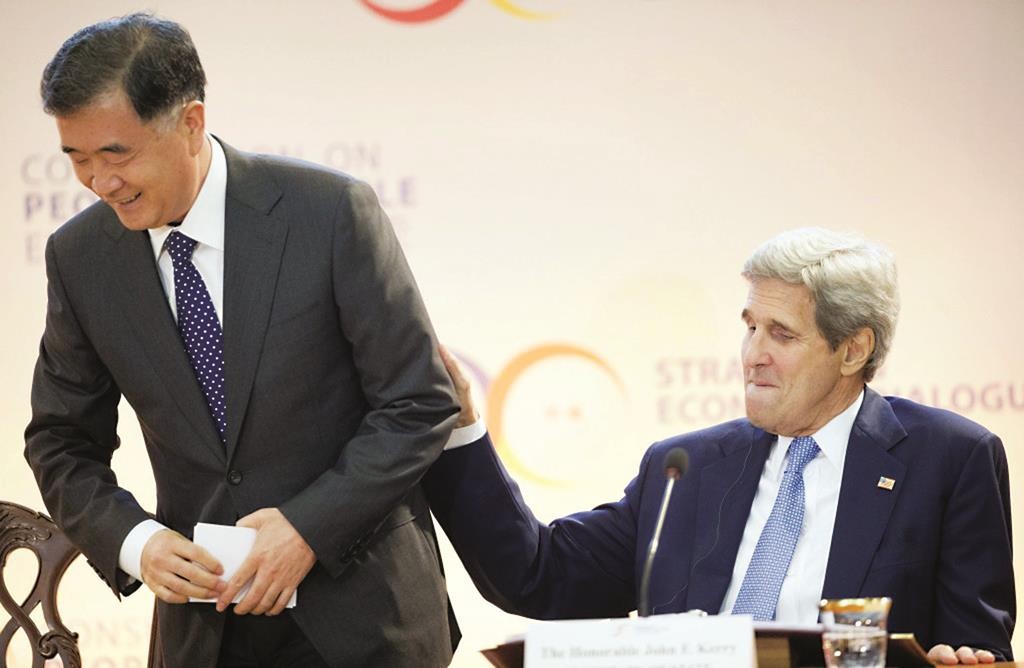 The United States voiced deep concern Tuesday over state-sponsored cybertheft and tension in the disputed seas of East Asia, but did not let the sharp disagreements with China on pressing security issues cloud the outlook for cooperation between the world powers.

At high-level talks in Washington, China was intent on setting a positive tone ahead of a White House visit this fall by President Xi Jinping. The Chinese leader has sought deeper relations with the United States, as his nation’s economic and military clout grows.

The sprawling agenda of the two-day U.S.-China Security and Economic Dialogue that began in Washington Tuesday reflects the growing depth of the relationship despite the emerging rivalry between Washington and Beijing. Few major outcomes were expected, although U.S. officials touted “remarkable” progress in climate-change cooperation over the past year.

Using well-worn exhortations to China, Vice President Joe Biden urged it to be a “responsible stakeholder” in the international system. In an opening statement, Biden acknowledged that there will be intense disagreements between the U.S. and China, but added: “This relationship is just too important. Not only do we depend on it, but the world depends on our mutual success.”

Chinese Vice Premier Liu Yandong said the two countries can keep bilateral relations on the right track so long as they “respect and accommodate each other’s core interests.” Another vice premier, Wang Yang, said neither China nor the U.S. can afford a lack of cooperation or “all-out confrontation.”

The U.S. and China are cooperating on a growing array of hot-button issues, like Iran’s nuclear program, Afghanistan and global pandemics such as ebola. But they remain at odds on human rights, religious freedom and Xi’s crackdown on domestic dissent.

Secretary of State John Kerry spoke of the need to “reduce tensions rather than add to them” in the South and East China Seas, where China’s assertive behavior and land reclamation to advance its territorial claims of islands and atolls in those waters has rattled its Asian neighbors, U.S. allies among them. China says the disputed areas are its sovereign territory.

In the cyber domain, Obama administration officials have said they are increasingly confident that China’s government was responsible for a massive breach of personnel records of as many as 14 million federal employees. The Obama administration has stopped short of publicly blaming the break-in on China, which has denied involvement, although Congress has squarely blamed China.