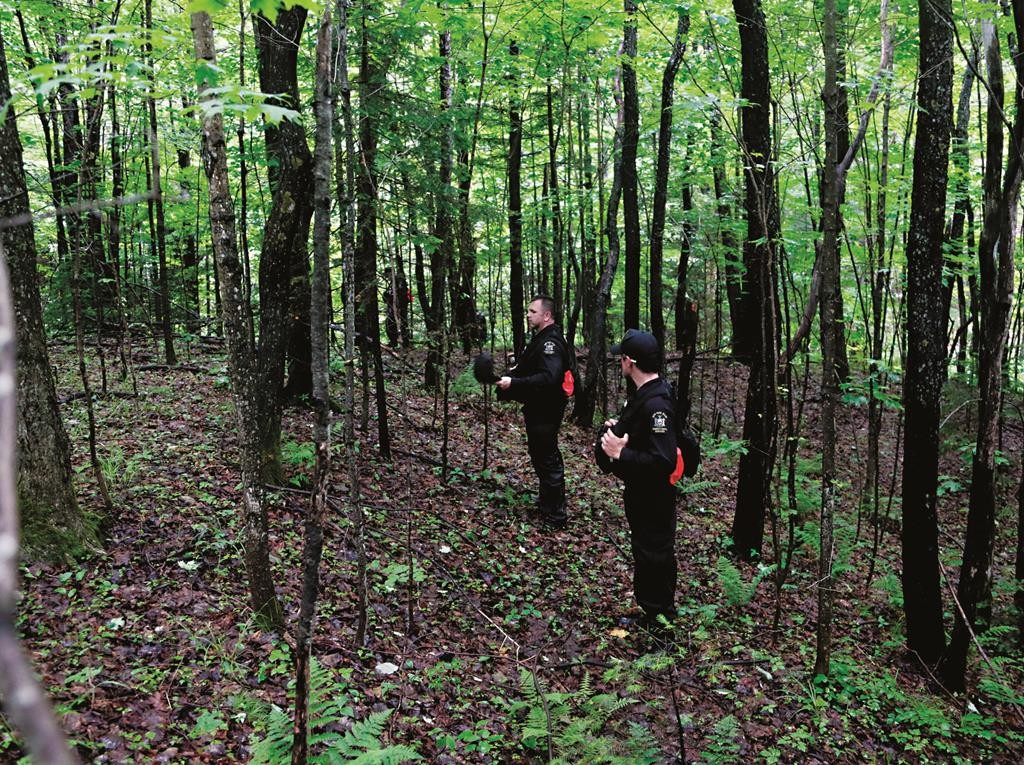 Hundreds of searchers spurred on by fresh evidence combed through the woods in northern New York Tuesday hoping to close in on two elusive murderers who escaped from a maximum-security prison more than two weeks ago.

Leads from a hunting camp that was apparently broken into led to “good evidence, DNA data” regarding inmates David Sweat and Richard Matt, according to Gov. Andrew Cuomo.

Authorities hoped that an 18-day search punctuated by fruitless tips  might finally be close to the end.

“If they’re here, we’re going to find them,” Mulverhill said. “I really believe it’s going to come down to old-fashioned police work and the public.”

Meanwhile, the husband of the woman accused of helping the inmates escape said Tuesday that he’s “absolutely 100 percent” certain the pair would have killed him and his wife if his wife had been their getaway driver, as initially planned.

Joyce Mitchell remained in custody on charges she provided the inmates with blades, chisels and other tools. She has pleaded not guilty.