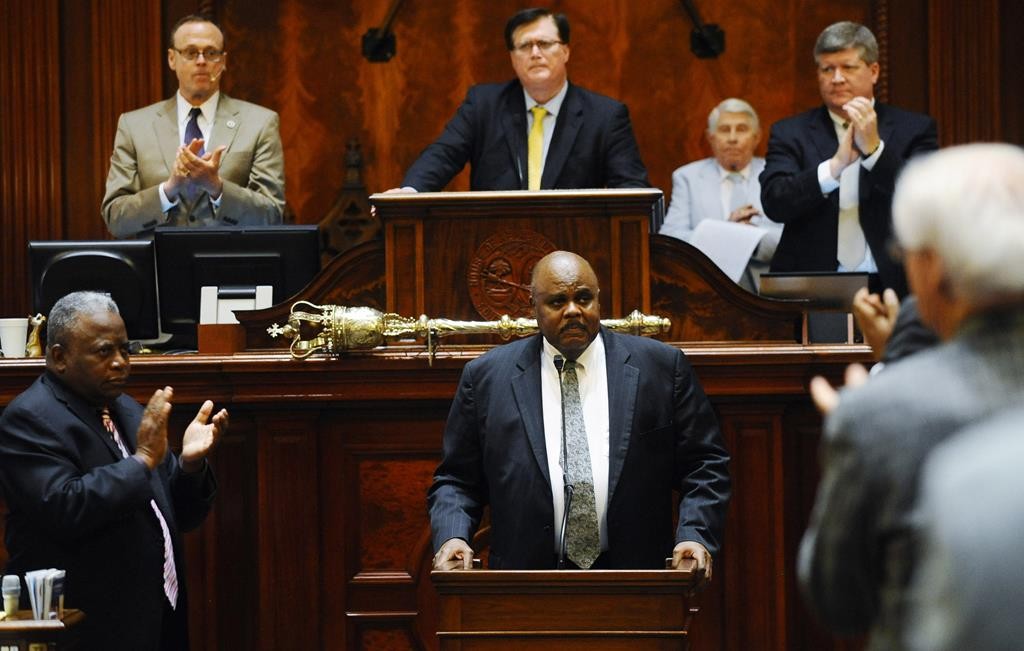 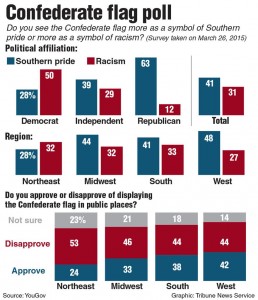 South Carolina lawmakers took their first step toward removing the Confederate battle flag from their Statehouse grounds Tuesday, as protesters outside demanded that the flag come down in response to the hate-crime killings of nine people inside the historic, black Emanuel AME church in Charleston.

Dylann Storm Roof, who faces murder and gun charges in the church attack, had posed in photos displaying Confederate flags and burning or desecrating U.S. flags, and told a friend that he was planning to do something “for the white race.”

The measure enabling lawmakers to debate the flag removal later this summer needed two-thirds approval. It passed the House by a vote of 103-10. The Senate later approved it with a voice vote.

The first senator to call for moving the flag to a museum was the son of South Carolina’s most powerful politician of the last century, U.S. senator and segregationist standard-bearer Strom Thurmond.

Republican state Sen. Paul Thurmond said he loves his ancestors, but he supports moving the flag to a museum. But he said he isn’t proud of a heritage that included holding people in bondage, and he wants to send a message to anyone who might proudly display the banner before committing hate crimes.

“I can respond with love, unity and kindness,” Thurmond said, “and maybe show others that the motivations for a future attack of hate will not be tolerated, will not result in a race war, will not divide us, but rather strengthen our resolve to come together.”

Gov. Nikki Haley’s unexpected call for the flag to come down also reverberated around the South Tuesday. Her announcement suddenly eroded the position many southern lawmakers have held onto throughout their careers: that debating the status of the Confederate flag would be too racially divisive today.

“The hate-filled murderer who massacred our brothers and sisters in Charleston has a sick and twisted view of the flag. In no way does he reflect the people in our state who respect, and in many ways, revere it,” Haley said Monday. But she said that for many others, it is a “deeply offensive symbol of a brutally oppressive past,” and argued that removing it from such a public space will help South Carolina come together and heal.

Senate Judiciary Chairman Larry Martin said before Tuesday’s session that it would be impractical and disrespectful to publicly debate the topic while funeral services are being held. On Wednesday, the coffin of state Sen. Clementa Pinckney, the pastor of Emanuel AME who was among the shooting victims, will be on display in the Statehouse Rotunda. On Friday, President Barack Obama plans to deliver his eulogy at Emanuel AME.