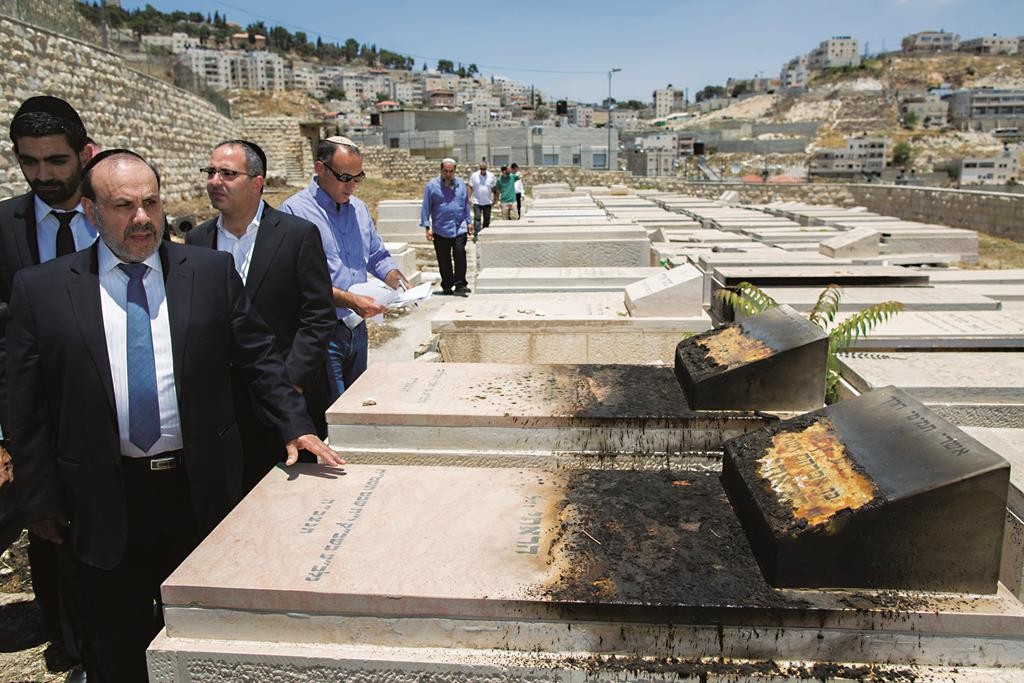 Religious Affairs Minister David Azoulay (Shas) declared on Tuesday that he intends to carry out the terms of the coalition agreement calling for an increase in the security budget on Har Hazeisim, which will put an end to years of desecrations.

“We are not going to give in to terrorism,” Azoulay said. “We will double the security budget during the approvals process for the state budget in order to stop vandalism on the Mount.”

“There are 5,000 vacant gravesites [on Har Hazeisim], which you don’t have on Har Hamenuchos, for example, but people are afraid to bury their loved ones there because of the desecration of gravestones and sense of a lack of security on the roads leading there,” he noted.

Religious Affairs Ministry CEO Oded Fluss added that it is also an issue of the state of Israel’s sovereignty over Yerushalayim, that wanton vandalism at one of the nation’s holiest places cannot go on.

In an apparent reference to an arson incident in a church in the Galil recently which gained wide media coverage and drew condemnations from senior officials, Fluss commented:

“I do not know why the desecration of graves at other locations stirs up a media storm, while here, it’s done systematically. We intend to make every effort to combat this phenomenon and bring this intolerable situation to the public consciousness.”