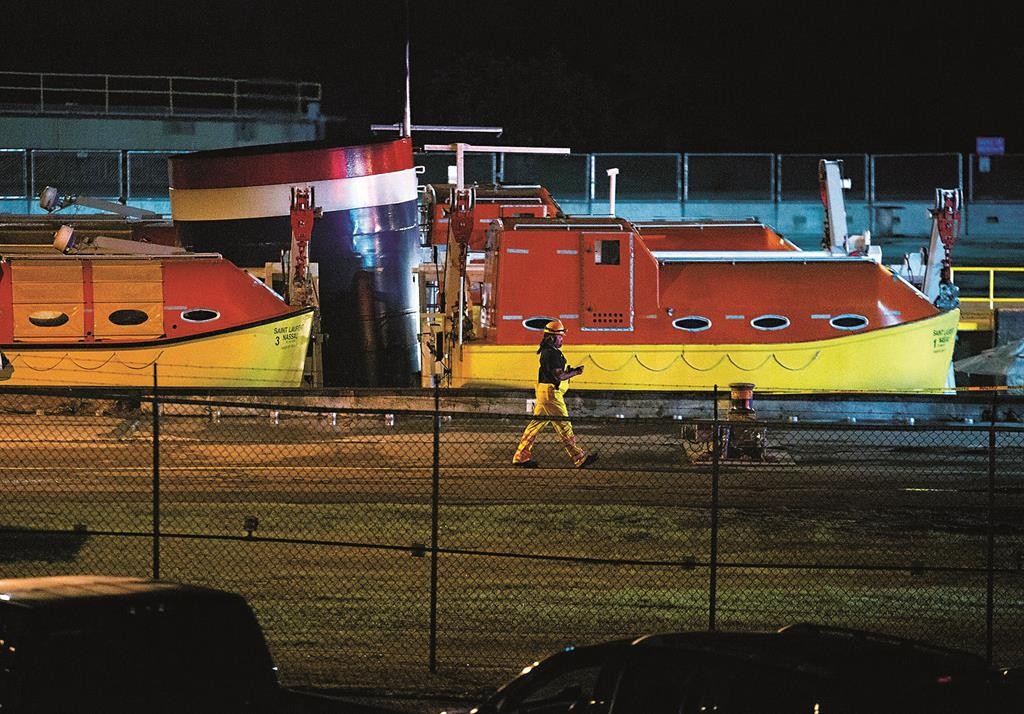 A cruise ship taking European tourists from Montreal to Toronto crashed into a wall Thursday night while entering a lock on the St. Lawrence Seaway, injuring 19 passengers and three crew members. All were released from the hospital the next day.

The 286-foot Saint Laurent had 273 people on board, including 81 crew members and 192 passengers who are mainly French and Swiss nationals, said the ship’s operator, Miami-based FleetPro.

The impact punched a hole in the ship’s hull, causing it to take on water, said the Coast Guard’s Petty Officer 2nd Class Lauren Laughlin. The lock’s doors were closed and the water drained out so the boat wouldn’t sink, she said.