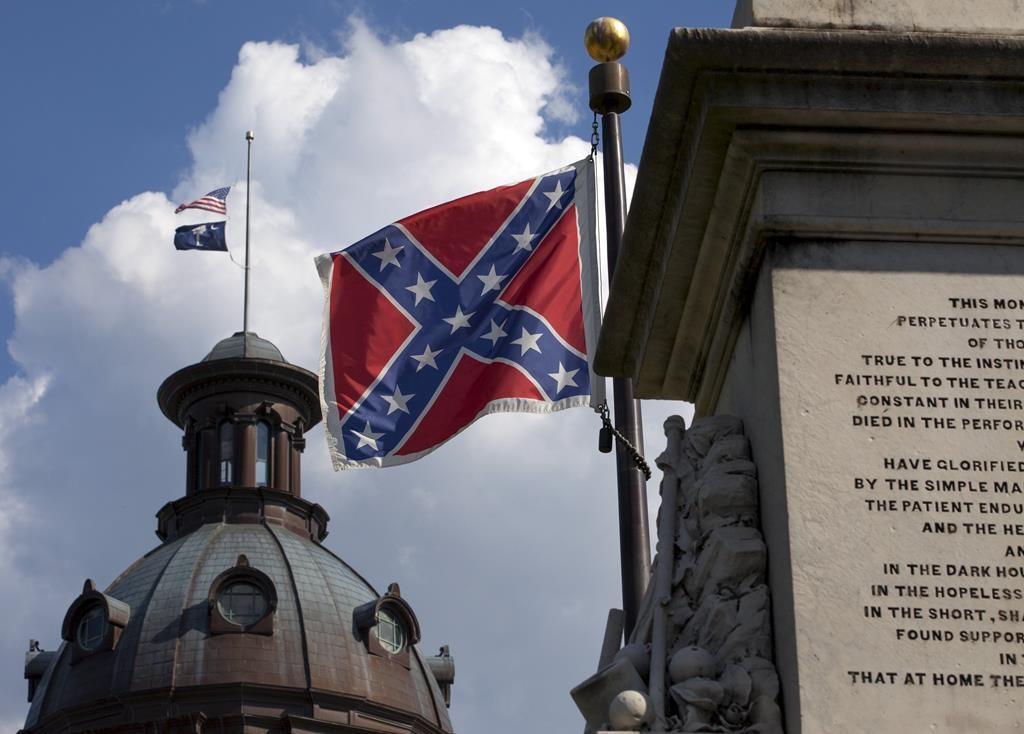 South Carolina Governor Nikki Haley on Monday called on lawmakers to take down the Confederate battle flag in the state capitol, a week after a white gunman shot dead nine black worshipers at a historic church.

The flag at the State House grounds in Columbia became a fresh focus of criticism in recent days after the Charleston church massacre, which federal authorities are investigating as a hate crime and an act of racially motivated terrorism by accused gunman Dylann Roof, 21.

“It’s time to move the flag from the capitol grounds,” Haley, a Republican, told reporters. The flag was a symbol of the pro-slavery South during the U.S. Civil War. “This is a moment in which we can say that the flag, while an integral part of our past, does not represent the future of our great state.”

Opponents of flying the flag at the State House grounds consider it an emblem of slavery that has become a rallying symbol for racism and xenophobia in the United States. Supporters, who fly the flag at their homes, wear it on clothing and put it on bumper stickers, say it is a symbol of the South’s history and culture, as well a memorial to the roughly 480,000 Confederate Civil War casualties. That figure includes the dead, wounded and prisoners.

Meanwhile, President Barack Obama says the history of slavery and segregation is “still part of our DNA” in the U.S., even if racial epithets no longer show up in polite conversation.

Obama didn’t plan in advance to use the word to be provocative, Earnest said, but was simply making a point during a casual, free-flowing interview.

The White House on Monday said Obama would travel to Charleston on Friday to deliver the eulogy for the Rev. Clementa Pinckney, the pastor of the Emanuel AME Church and a victim of last week’s shooting, who was known to Obama and first lady Michelle Obama.