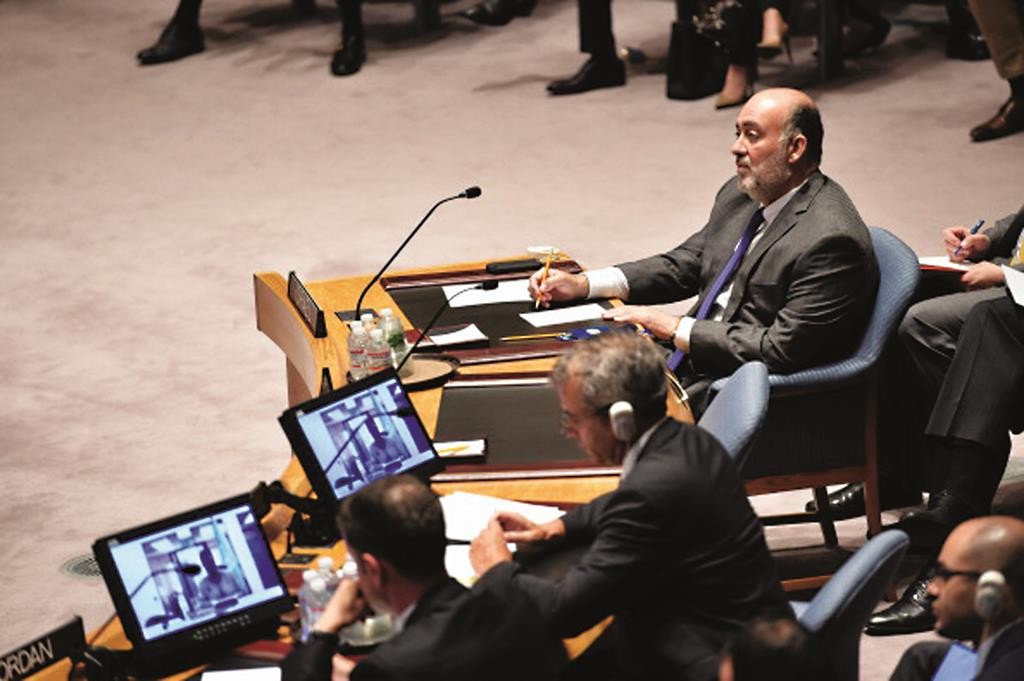 Israeli officials lined up on Monday to denounce a much-awaited U.N. report that said both Hamas and the IDF may have committed war crimes during last summer’s war in Gaza.

“And we are not the only ones to say so,” he added. “That statement is backed by a report by senior generals from the U.S. and Europe. One general said no other country [than Israel] makes such efforts to uphold the law.”

“The report is biased. The commission that wrote it is under a committee that does everything but protect human rights,” Netanyahu said at the opening of a Likud faction meeting.

After months of unfriendly back-and-forth with the UNHRC — during which its original investigatory head, William Schabas, resigned following a revelation that he was once paid by the PLO for his services — it was clear on Monday that Israeli officials were ready to pounce on the report as soon as it was issued. In fact, the contents had already been disclosed in draft form and Netanyahu had dismissed it days ago as “not worth reading.”

The commission alleged that in numerous incidents “the weapons used, the timing of attacks, and the fact that the targets were located in densely populated areas indicate that the Israel Defense Forces may not have done everything feasible to avoid or limit civilian casualties.”

The report criticizes Israel for using explosive weapons in heavily populated areas. It does not, however, suggest an alternative for the IDF to fight terrorists who use such areas for military operations.

The Gaza blockade is a recurrent issue in the report, but Israel can point to the previous U.N. Palmer Report which held that the blockade, whose purpose is to keep weapons out of the hands of Hamas, did not violate international law.

“The Palestinians have moved the battlefield to the United Nations,” he said. “The U.N. is the true frontlines, the Human Rights Council serves as the soldiers of the Palestinians and Hamas, and this biased report is their weapon.”

“The U.N. has been taken hostage by terrorist organizations, and in this battle the international community will lose,” he continued. “If we continue to give legitimacy to this attack, we will all pay the price.”

“Any comparison between IDF soldiers who seek to defend innocent civilians, and the terrorists who indiscriminately target Israelis while deliberately endangering Palestinians is completely unacceptable,” Prosor said.

Defense Minister Moshe Yaalon reacted with similar indignation: “It is incredible that around us tens of thousands of civilians are being slaughtered by countries and organizations, and no one in the Human Rights Council is dealing with that. It is not surprising that this hypocritical body ignores the systematic violation of human rights in countries around us, but chooses to attack and criticize Israel specifically, the only democracy in the Middle East,” he continued.

“The attempt to compare Israel to Hamas, or to present Israel as committing war crimes, is despicable. We will not tolerate the attempt to tarnish the soldiers and commanders of the IDF, who operate in a complex reality, but ensure that they safeguard moral values. In places that we felt that there was a need to carry out checks by commanding officers, or launch criminal investigation, we did not hesitate to do so, out of our own initiative, and we have tried those who broke the law,” Yaalon said.

Education Minister Naftali Bennett told a meeting of his Jewish Home party that the report “will be buried in shame.” The UNHRC has “blood on its hands,” as it condones the murder of Jews and seeks to tie the hands of IDF soldiers from being able to defend their country.

Bennett assailed the report’s pose of even-handedness. It “tries to create symmetry between us and Hamas, but it is not true. There is a good side and a bad side; a side that tries to avoid civilians and a side that targets them … Israel will continue to defend itself, but to the U.N., I say: Shame on you,” Bennett said.

“For Hamas, killing innocent people is the main goal, and I can say from my experience in many cabinet meetings that the question of harming uninvolved and innocent people always comes up and it is a heavy consideration in Israel’s decisions,” he said.

The Foreign Ministry, by contrast, issued a more subdued response, saying that it will “study” the report and comment at a later date.

“Israel is studying the Commission of Inquiry Report (COI) from the United Nations’ Human Rights Council (UNHRC). Just as Israel seriously considers every complaint, no matter its origin, it will also seriously study this report. We take note of the fact that the authors of this report admitted that they lacked much of the relevant information.”

Regarding the process, the statement said “it is well known that the entire process that led to the production of this report was politically motivated and morally flawed from the outset.”