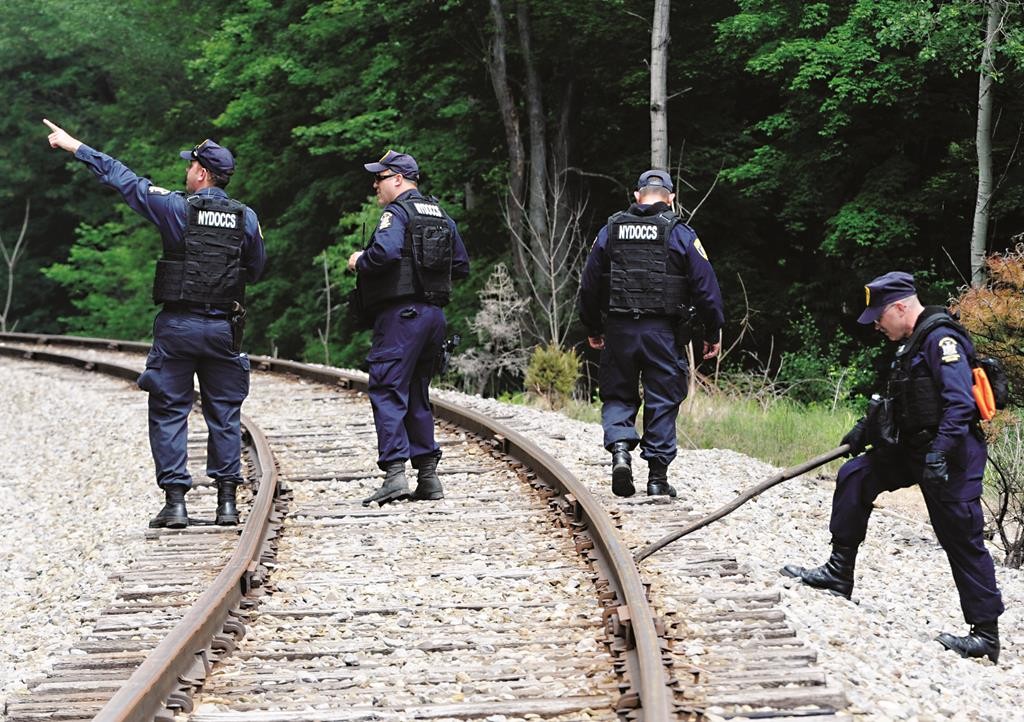 A jar of peanut butter and a pitcher of water recovered from a remote hunting cabin marks the first “confirmed lead” in the 17-day-old manhunt for a pair of convicted killers.

Terry Bellinger, owner of the Belly’s Mountain View Inn, located 20 miles west of the prison from where the duo escaped, said a hunter told him he saw a man run into the woods as he approached the camp Saturday on an ATV. When the hunter went into the cabin, he noticed two things out of place: a jug of water and an open jar of peanut butter on a table.

“He was visibly shaken. He wanted a glass of water,” Bellinger said of the hunter. The items were sent to the lab for DNA testing.

Inmates David Sweat and Richard Matt escaped June 6 from the Clinton County Correctional Facility. Bus loads of officers, search dogs and helicopters began arriving in the Adirondack hamlet of Bellmont late Sunday as a parallel search more than 350 miles away from the prison wrapped up with no sign of the inmates.

The search had been focused over the weekend on two towns in Allegany County along the Pennsylvania state border. An unconfirmed but credible report came in that two men resembling the prisoners had been spotted near a railroad line that runs along a county road.

New York State Police said Monday morning that the search in the towns of Amity and Friendship in western New York had concluded.

Meanwhile, the Saranac Central School District in Dannemora was granted the full share of state aid even though they were two days short of the full 180 days required this school year. Both houses of the state legislatures said that they should not suffer for the school closures over safety concerns when the killers escaped.