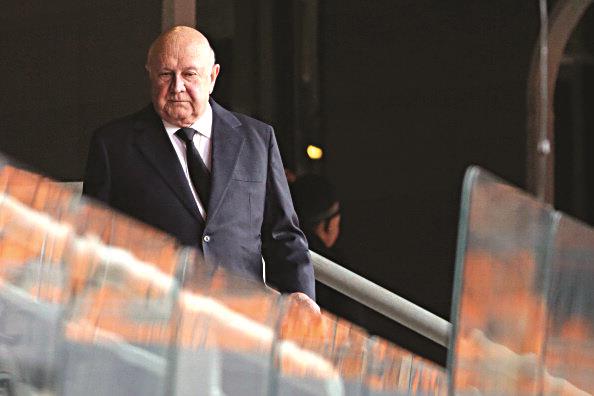 Two former leaders of Spain and South Africa came out on Sunday against the campaign to boycott Israel.

The former prime minister of Spain, Jose Maria Aznar, denounced the boycott in unequivocal terms. His comments were made in an interview given after Aznar was forced to cancel a speaking appearance at this year’s Herzliya Conference due to an air traffic controller’s strike in Spain, and reported by the Jerusalem Post.

“I think BDS is an unfair, discriminatory movement based on a moral double standard that is, in the final analysis, anti-Semitic,” Aznar said.

“Declaring its aim to put pressure on the Israel government, BDS is in fact trying to harm every Israeli citizen and not only the government. In reality what BDS wants is to make life in Israel intolerable so the Jewish nation will not be able to have a normal existence in its state. BDS does not only want to change the government’s policy, it wants to empty the country of Jews,” Aznar charged.

The EU policy on the Mideast is, he said completely misguided.

“People, including the bureaucrats in the EU, need to understand that companies that invest in Yehudah and Shomron provide jobs and opportunities for the Palestinian nation,” Aznar said, adding, “Getting companies to leave there, will not have a positive impact but just the opposite. Greater, not less, economic activity is required in the territories. The only way to create a Palestinian middle class is through investments and commerce.”

In 1998, as Spanish prime minister, Aznar expressed support for Israel at a joint press conference with the prime minister at the time — Benjamin Netanyahu, then serving his first term.

Meanwhile, on Sunday, South Africa’s last president under white rule told Israel radio that economic sanctions or a boycott will not help Israel and the Palestinians reach a peace agreement — if anything, the opposite.

Speaking from experience, F.W. de Klerk said sanctions “are more counterproductive than helpful to change any country on the course it is taking.”

“In the case of South Africa, our experience has been that sanctions at times delayed reform. It had the effect of driving the white population, who at that stage had all the power, into a corner and they resisted it fiercely,” de Klerk said.

“In the end, sanctions hurt the people they were intended to help much more than it hurt the white population. Blacks suffered, job creation suffered as a result of that and they were as much the victims of the sanctions as the people against whom the sanctions were actually intended,” he said.

He was careful, however, not to compare the current situation in Israel to South African apartheid.

“I think comparisons are odious and I wouldn’t like to draw direct comparisons. I prefer dialogue and negotiation as a way to get governments to change their attitude.”

Together with Nelson Mandela, de Klerk helped navigate the country through a difficult transition to black majority rule.