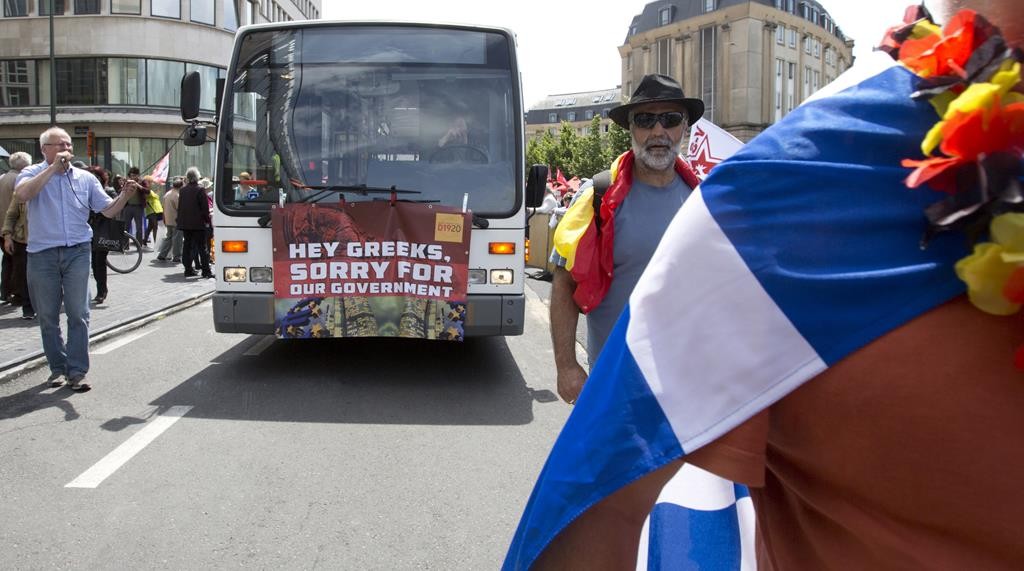 Greek Prime Minister Alexis Tsipras headed to Brussels late Sunday for a crucial emergency eurozone summit aimed at reaching a deal between Athens and its international creditors that would allow the debt-ravaged country to avoid a default and a potentially disastrous exit from the euro.

Tsipras’ departure for Monday’s summit of the 19 eurozone leaders capped a day of intense contacts between many of the major players, including German Chancellor Angela Merkel, French President Francois Hollande and European Commission President Jean-Claude Juncker, all bent on keeping Greece within the currency club and avoiding financial chaos.

Greece is facing a June 30 deadline to make a 1.6 billion euro ($1.8 billion) loan repayment to the International Monetary Fund, which, at present, it would be unable to make. And even bigger payments to the European Central Bank in July. So far, both Greece and the creditors have appeared locked in a ‘who-blinks-first’ contest that has left them unable to bridge the gaps and secure a deal.

On Sunday, Tsipras presented to Juncker, Hollande and Merkel “Greece’s proposal for a mutually beneficial agreement, which will provide a permanent solution and not just postpone tackling the problem,” his press office said in a statement.

However, technical negotiators from the creditors were still waiting in Brussels for a detailed outline of the Greek proposals late Sunday to assess whether they really constitute a breakthrough, a European Union official said.

“The institutions are waiting,” the official said, more than eight hours after the Greek government announced they had presented the proposal to creditors. “The condition for this meeting to be productive is to have the proposal.”

Over the past weeks, the international creditors have often complained that Greek initiatives have been too slow to come and far too vague.

In Milan, Hollande told reporters that everything must be done to keep Greece in the Eurozone because “if the Greeks leave the eurozone it won’t be positive for the Greeks or Europeans.”

“We need stability” especially since much of Europe is beginning to rebound economically, he said. “For this reason we must reach an accord.”

Talks between cash-strapped Greece and its creditors on the completion of an earlier bailout deal had already hit a snag before the January election of the anti-bailout, anti-austerity coalition government headed by the radical leftist Syriza party. As a result, Greece has not received any bailout funds since summer 2014 and its ailing banking system is only kept afloat through a weekly infusion of emergency funds from the ECB.

The new government’s radically different approach, essentially denying the need for austerity measures which it calls “recessionary” has often stretched the talks in the past five months to the breaking point.