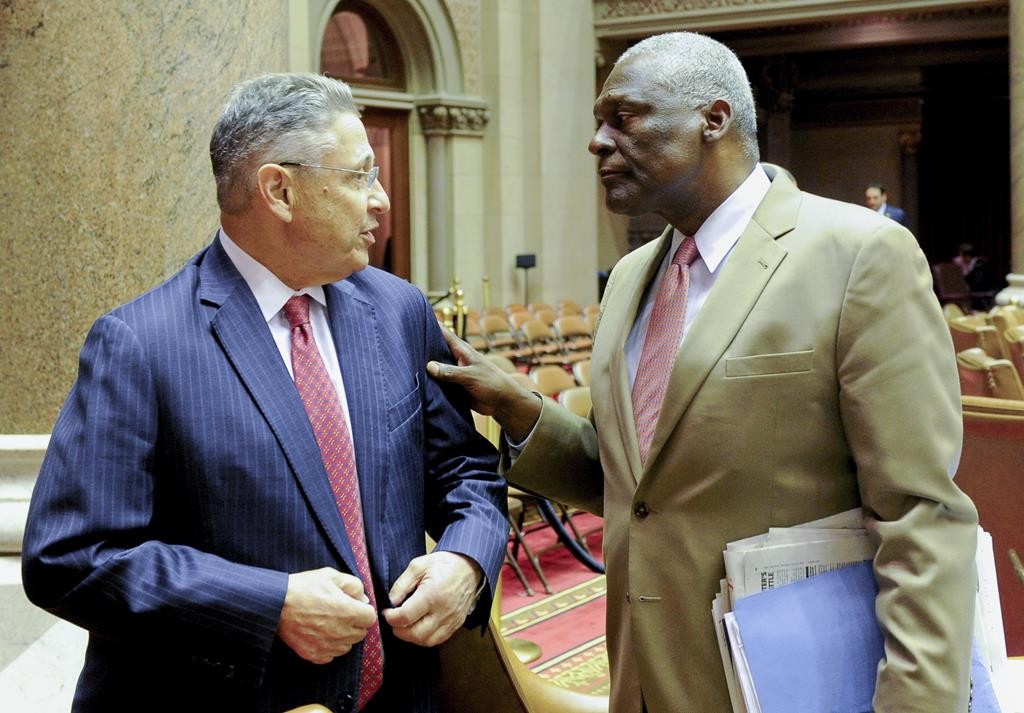 For decades, it was the way Albany did business: The governor and the two legislative bosses gathered behind closed doors to hammer out deals affecting millions of New Yorkers.

This year, that playbook was left tattered and stained by a series of corruption investigations that toppled two of the “three men in a room,” prompted the biggest leadership change in decades and left lawmakers looking for alternative ways to address the complicated needs of a big state.

The result has been a particularly difficult legislative session that saw the law governing the rents paid by more than two million tenants in and around New York City briefly expire when lawmakers blew through their own deadline.

A few months later, Senate Leader Dean Skelos (R-Long Island) stepped down from his leadership post. He was replaced as leader by another Long Island Republican, John Flanagan.

The change in leadership exposed fault lines: Flanagan struggled to please upstate senators wary of another Long Islander. And Heastie was forced to deal with a large and sometimes fractious Democratic majority — many of whom said they were tired of the top-down approach to government.

Despite the change in leadership and cries for ethics reform, corruption scandals did little to fundamentally change how deals get cut in Albany. Flanagan, Heastie and Cuomo still meet behind closed doors. Rank-and-file lawmakers still don’t often know the details of the negotiations until a deal is announced. And the legislative response to the scandals was modest at best, including a new requirement for lawmakers to disclose their outside income and identify most big legal clients.

“Dysfunction is back in Albany, if it ever left,” said Baruch College political science professor Doug Muzzio. “Nothing has changed. The way Albany operates … it seems to be almost biological. It’s part of the DNA and the culture of the place.”