Regional No More Drive-Thrus at Central and Prospect Parks
Regional 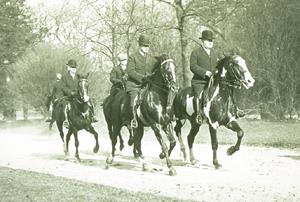 The majority of two of New York City’s most famous parks will soon be virtually car-free for the first time in more than a century, when cars were first introduced to city streets.

Mayor Bill de Blasio announced Thursday that vehicles will be banned from most of Central Park in Manhattan and Prospect Park in Brooklyn — which he termed “two of the city’s crown jewel parks.” The drives in both parks will now be devoted largely to recreation.

“Prospect Park has always been my family’s backyard,” de Blasio said in a statement. “That’s a sentiment New Yorkers in every borough feel about their parks.”

Central Park’s four transverse roads — which link the east and west sides of Manhattan — will remain open. They are sunken below park level.

Combined, more than 45 million people visit Central Park and Prospect Park each year. The ban will be in place by early July.