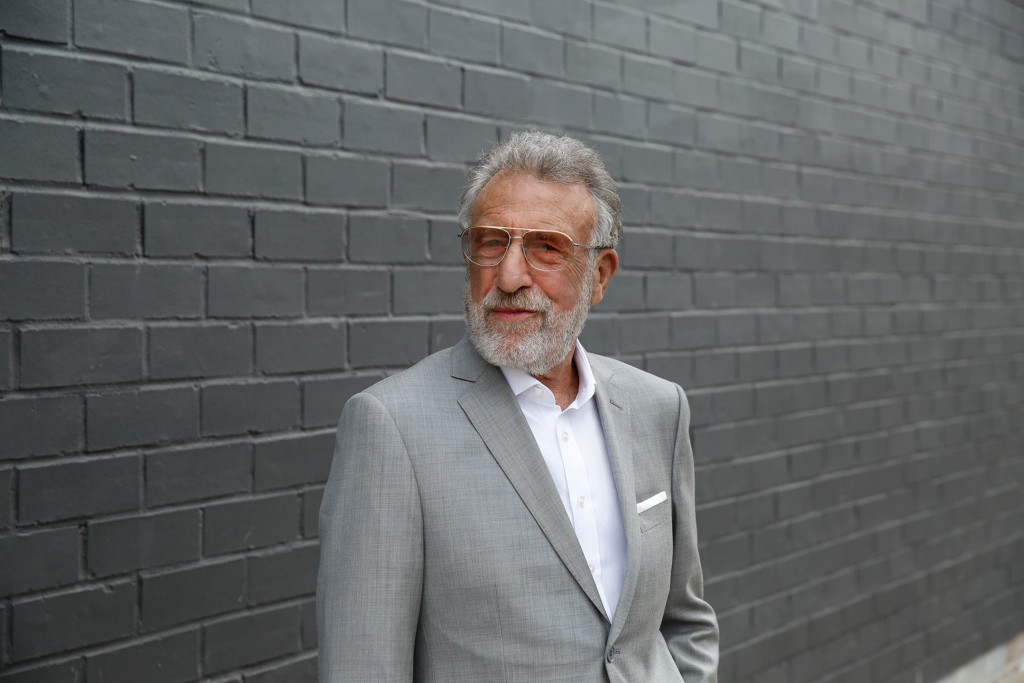 George Zimmer is on the phone. And you can almost hear that “I garr … un … tee … it” in the gravelly voice on the other end of the line.

It’s a hard voice to forget. Two years after the Bay Area business icon was dismissed from Men’s Wearhouse, the clothing chain he founded in the 1970s and eventually became joined to at the hip as its ad persona, Zimmer’s East Coast ad-pitching drawl is still intact.

Nowadays, the 66-year-old is using that persona to publicize zTailors, his eponymous if abbreviated startup that brings experienced tailors into your home to cut and clip that new suit or dress into shape. To Zimmer, his new, Oakland-based company is not just about improving the weft and warp of your wardrobe — it’s also a vehicle to support and honor the tradesmen and women with whom Zimmer says he’s had “this mutual-admiration society over my entire career. I have a rapport with tailors. It’s like I’ve got their back.”

The San Jose Mercury News recently spoke with Zimmer. His comments have been edited for length and clarity.

Q: First things first: What was it about that famous line of yours — “You’re going to like the way you look. I guarantee it.” — that resonated so much with the public?

A: It could have been a number of things. It could have been something as mundane as consistency and repetition, which are a big part of advertising. One of the biggest benefits of being your own spokesperson on ads is that inside the company it makes you a celebrity to your workforce, so your employees are happy to tell their friends who they work for.

Q: You were raised in New York, where your dad worked for Robert Hall Clothes, an early pioneer in so-called big-box merchandising that was also big into ad campaigns. Was that where you first got the retail-fashion bug?

A: I like to say that Robert Hall Clothes was a kind of earlier incarnation of Men’s Wearhouse. At the time, as a little boy, I used to go with my dad on store visits and osmosis must be real because after hanging out in the stores and driving store managers crazy I ended up replicating it.

Q: So after college you eventually started Men’s Wearhouse?

A: I’ve never been about the fashion side of clothing. I’m not the guy that looks at magazines or goes to fashion shows. Honestly, other than having a family connection, there was no real affinity at all. But in 1973, when I did start my own company, the only thing I could imagine doing was going into the clothing business because as a 24-year-old know-nothing kid with limited money that made the most sense. I’ve just always felt that I wanted to live my own dream and not somebody’s else’s.

Q: After a long and very successful run at Men’s Wearhouse, you were let go by the board. Few details about your departure have ever been made public; is that something you don’t want to talk about?

A: The only reason I don’t talk about it is legal. I still have lots of friends there, but mostly in the stores. I’m writing a book and I’ll use that to try and explain what happened. We just decided to go our separate ways.

Q: But that must have been tough, no?

A: True. But the day I was fired, I was sitting at the dinner table with my family when I recognized immediately the ability to bounce back and that that would set a real example. (The new startup) is mostly about looking forward.

Q: So talk about zTailors.

A: I felt strongly about starting this because I’m really the only person who could do this. As a business, I don’t expect to have a lot of competition, and that’s a good place to be. We have about 600 tailors working with us in cities around the country, and we’ll have 1,000 tailors by the end of the summer. Next year, we’d like to have thousands. We’re not telling them to quit their day job, but to work with us for a while and if they like us, then quit their day job. It’s a 65-35 split (of the fees), with the tailor getting the 65 percent as well as tips.

Q: So the idea is for customers who have a suit or dress that needs adjusting, they can have one of your tailors come to their home, take the measurements, and have the tailored item back to them in a week?

A: That’s right. There’s no reason today to buy a hand-made suit for $5,000, because you can get a store-bought suit for much less and for $100 you can have it look like a $5,000 suit. In Los Angeles, we just launched a partnership with Macy’s, so we’ll be doing all the tailoring for macys.com by the end of the summer. When you buy a tailorable product in LA through their website, as you go through checkout it’ll ask if you want to schedule a tailor appointment through zTailors. The average suit will cost you $30-40 for tailoring, but if you’re having a suit re-altered because it no longer fits, it could cost you $100.

Q: But isn’t tailoring a dying art? Aren’t you worried you won’t be able to find enough tailors to make this business model work?

A: I’m not worried at all. People used to ask if I was concerned about that and if I wanted to maybe open a tailors’ university. But there are millions of people who want to come to the United States from foreign countries, and there are thousands of them for whom tailoring is their best option once they get here.

Previous Jobs: George Zimmer is the founder and former CEO and chairman of The Men’s Wearhouse. Founded in 1973, he led the company as CEO through 2011, at which time he named a successor.

Education: He earned a Bachelor of Arts in economics from Washington University in 1970. He received honorary doctorates from Holy Names University, the Institute of Transpersonal Psychology and the University of Redlands.