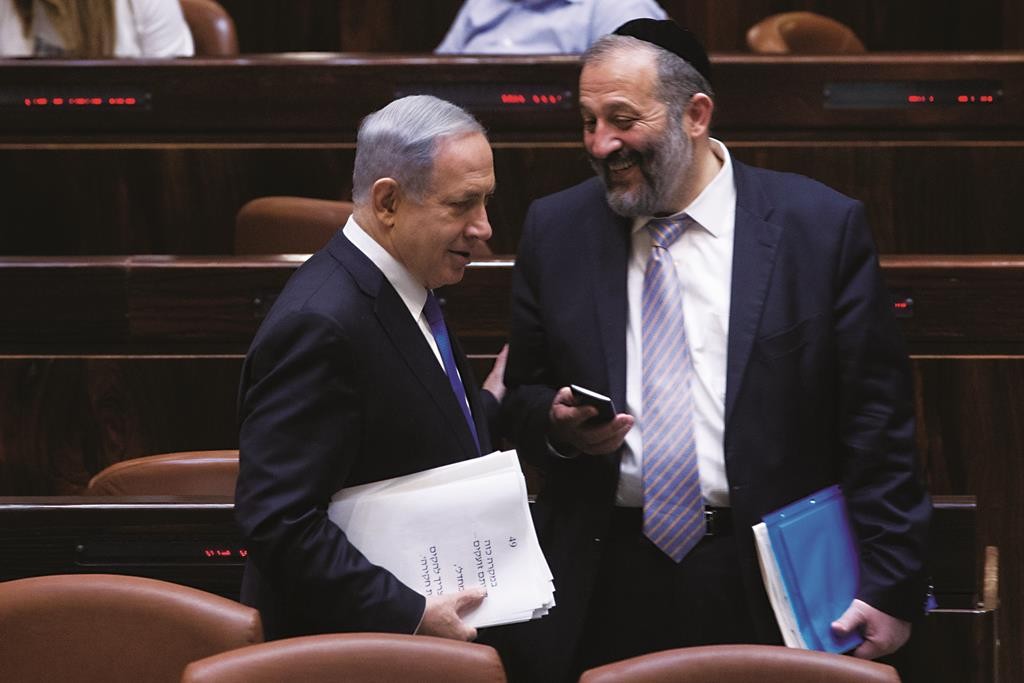 Prime Minister Binyamin Netanyahu and Finance Minister Moshe Kahlon are reportedly looking at billions of shekels in spending cuts in order to keep within the projected state deficit.

As the budget hole is estimated at 10 to 12 billion shekels, coalition agreements totalling 8 to 9 billion are at risk.

Chareidi coalition members were quick to voice opposition to any jettisoning of agreements that were signed after laborious negotiations.

In an interview on Thursday with Army Radio, Minister of the Economy Aryeh Deri said that instead of dismantling the social budgets, the government should scale down defense spending.

“The wide gaps in Israeli society are more dangerous than ISIS or Hizbullah,” he said. “Any cuts for yeshivos or allowances will constitute a violation of the agreements, with all its resulting consequences. We won’t accept any change in the coalition agreement signed with us… The cut will have to come from defense, not social areas.”

In the same vein, Deputy Health Minister Rabbi Yaakov Litzman (UTJ) pledged on Radio Kol Hai that “we will not allow them to touch child allowances or yeshivah funding.”

“If they want to, they can go to Lieberman, Meretz and the Arabs. But if they want us, the chareidi parties, in the coalition, they will have to fulfill exactly what they signed on to in the coalition agreements just two months ago.”