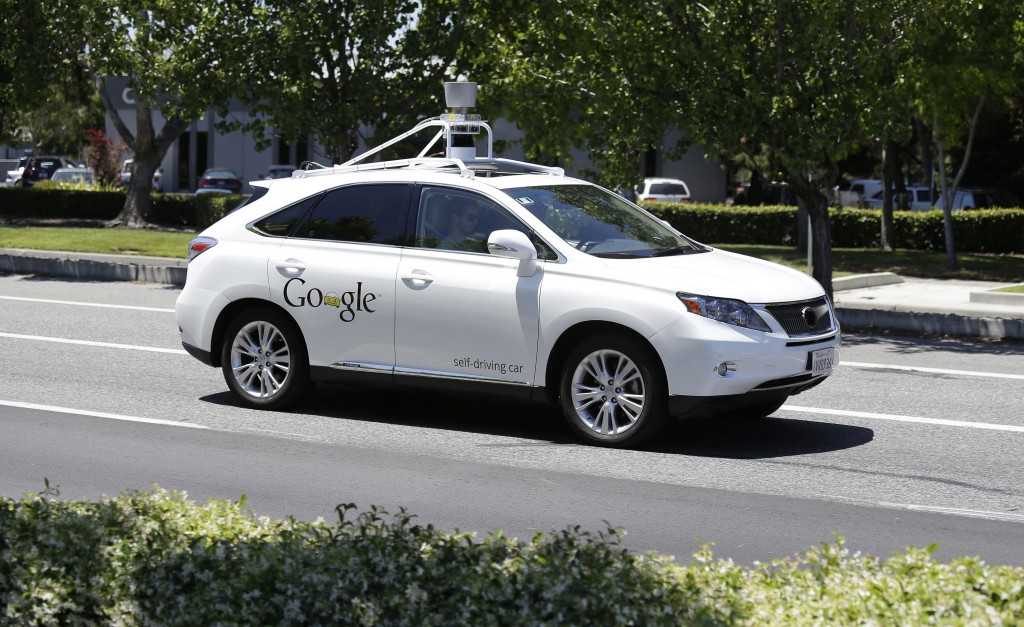 The disclosure came after The Associated Press argued to the Department of Motor Vehicles that the agency was improperly withholding the information.

According to the reports, most of the cars were in self-driving mode when the accidents happened, and the other driver caused the accident. None of the crashes was serious enough to cause injuries, either to the person the state requires to sit behind the wheel or people in the other cars.

The fact that the agency refused to release the reports bothered critics, who said the public should know how the cars of the future were faring today.

“The more transparent the government is about self-driving vehicle accidents, the more credibility the government will have when it comes time to decide – yes or no – on whether to okay the sale and licensing of self-driving cars,” said Peter Scheer, executive director of the First Amendment Coalition.

After the DMV denied a public-records request, AP argued that the agency was incorrectly citing the confidentiality requirement. The news organization also said the public has an interest in understanding how these experimental vehicles are performing.

“Unlocking these records and sharing them with the public are in keeping with AP’s longstanding efforts nationwide to bring about greater transparency in government agencies,” AP spokesman Paul Colford said.

Led by Google, self-driving cars have been running on public roads since 2009. It was only in September, however, that the DMV officially began permitting the testing and requiring companies to file accident reports – but until now, the agency wouldn’t release those reports.

On Thursday, the DMV said it had reviewed the request and determined they could release the reports as long as personal information such as the drivers’ names is blacked out.

The companies that operated the cars – tech titan Google and parts supplier Delphi Automotive – submitted their own accounts of the accidents. Police have confirmed investigating only the Delphi crash.

While eight companies have permission to test 82 self-driving cars in California, Google has driven the most miles (about 1.8 million) and licensed the most prototypes (53).

After several years of revealing little about crashes, Google has in recent weeks become more open about their number and nature.

After AP reported last month that there had been three Google accidents and one Delphi accident, Google self-driving-car project leader Chris Urmson revealed in a blog post that its cars had been involved in eight other accidents between 2010 and July 2014.

DMV officials had not been aware of those eight until an April conference call with Google, agency spokeswoman Jessica Gonzalez said.

In California, a driver is required to report to the DMV any accident involving more than $750 of damage.

A Google spokeswoman could not say whether the company had filed DMV reports on any of the initial eight accidents, and said she could not provide damage estimates because repairs were done in-house, without a bill.

The DMV said it could not search its records for earlier reports without date and location information that Google has provided to neither AP nor the agency.

The documents that the DMV released Thursday offered few new details other than the date and time of the accidents and the make and model of the other cars.

According to the reports, five accidents involved Lexus SUVs that Google outfitted with sensors and cameras. The sixth involved an Audi retrofitted by Delphi. All were in the Silicon Valley cities of Mountain View or Palo Alto.

In four Google accidents, the Lexus was in self-driving mode. In the fifth, the SUV began braking when it sensed a 2015 Audi S6 had run a stop sign and was about to hit it; the Google employee behind the wheel took control just before the Audi hit the Lexus’s right rear.

The Delphi car was struck as it waited at an intersection.

It is hard to know for sure how typical Google’s experience is. With four accidents in the past approximately 100,000 miles, the recent accident rate appears to be higher than the reported national average. About 0.3 “property-damage-only crashes” happen per 100,000 miles driven, according to the National Highway Traffic Safety Administration.

Google officials have said they are proud of the safety record. Noting that as many as 5 million minor accidents are not reported to authorities each year, they conclude that the cluster in recent months reflects the true rate at which fender benders happen.