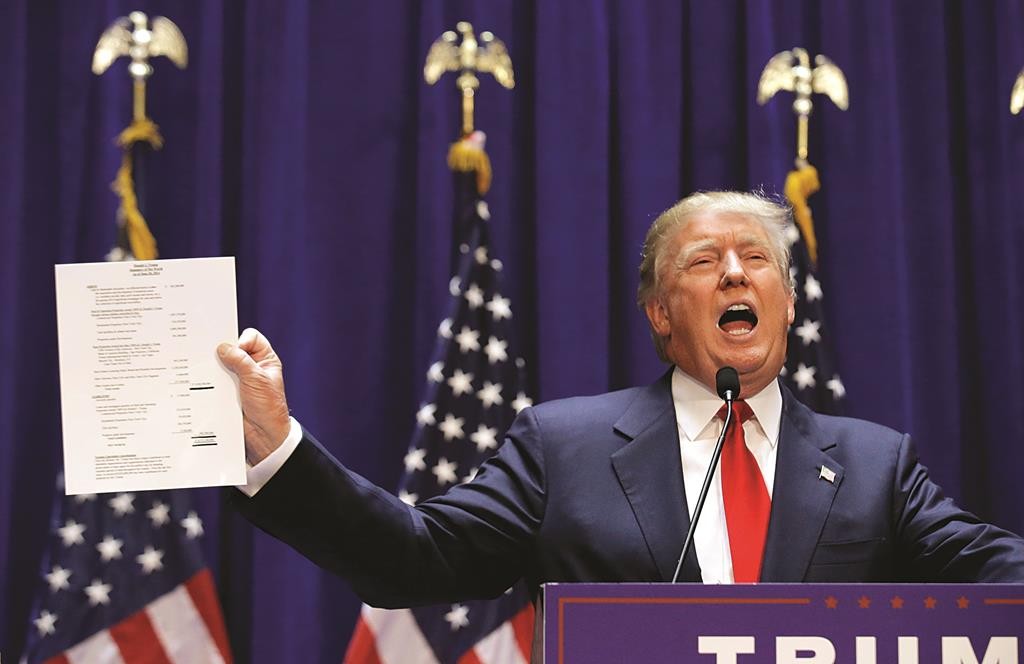 The Donald is running for president — for real this time.

Real-estate mogul Donald Trump, who has brazenly flirted with running for office before but never followed through, announced Tuesday that he will seek the Republican nomination for president. Trump entered the race in a bombastic spectacle befitting a man whose businesses successes are matched by his penchant for self-promotion.

Trump, the 12th high-profile Republican to enter the 2016 race, announced his candidacy in a free-ranging 40-minute speech in which he boasted about his ability to fortify the border with Mexico, (“Nobody builds walls better than me”) and invited President Barack Obama to play golf at one of his courses.

“Sadly, the American dream is dead,” Trump said. “But if I get elected president, I will bring it back bigger and better and stronger than ever before, and we will make America great again.”

With his usual bluster, he mixed boasts about his wealth with promises to spark the economy, effortlessly defeat the Islamic State group and negotiate trade deals with China.

The speech drew immediate scorn online from Republicans who fear Trump will turn an otherwise serious primary contest into a circus. Trump, well known from his years in the public eye, is polling just well enough at the moment to land a spot in one of the early Republican debates, potentially pushing a more established candidate off the stage.

The Democratic National Committee’s response dripped with sarcasm, saying Trump “adds some much-needed seriousness that has previously been lacking from the GOP field.”

About 100 supporters, most wearing Trump T-shirts handed out by the campaign, cheered when he and his wife Melania descended to the stage via an escalator, whisking them past The Trump Grille, The Trump Bar and a stand selling T-shirts with his catchphrase “You’re Fired.” The spectacle was orchestrated in the Manhattan tower bearing his name.

He has hired campaign staff in early states and will have to file the required financial disclosure report required of declared presidential candidates.

But on Tuesday, he held up just a one-page document that showed his net worth to be about $9 billion, money that he intimated proves he’s qualified to be president.