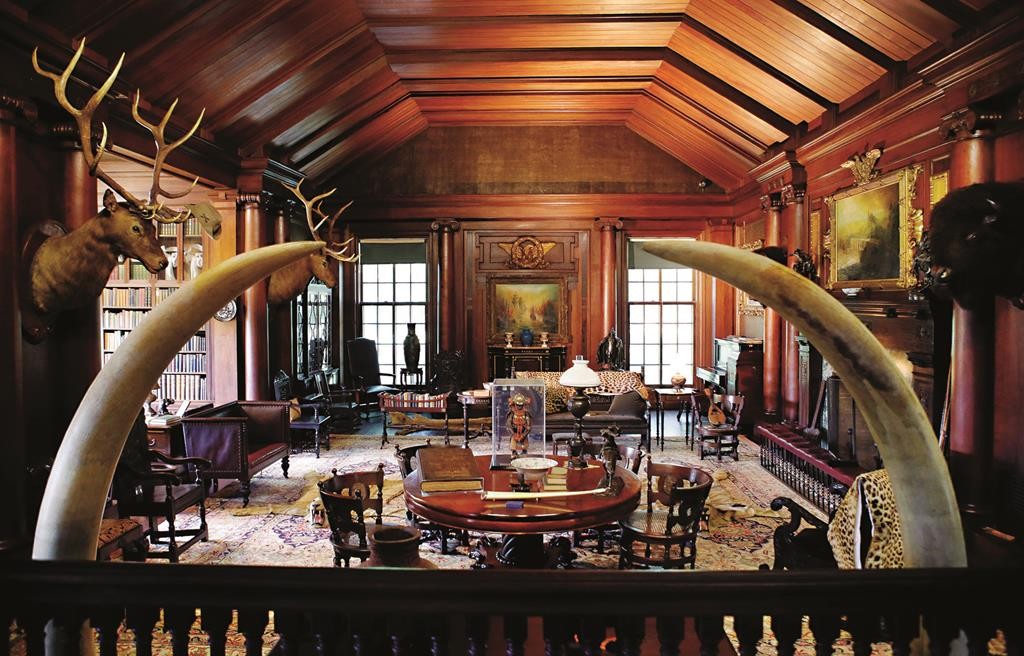 The massive elk, moose and buffalo heads are back up. The lion-, tiger- and bear-skin rugs are back down and the Lincoln, Jefferson and Grant portraits have been cleaned.

Sagamore Hill, the Long Island mansion that was Theodore Roosevelt’s home and “Summer White House,” is set to reopen following an extensive four-year, $10 million renovation by the National Park Service, a fitting custodian for the man who championed historic preservation.

Every one of the 12,000 items owned by the 26th president, including an estimated 10,000 books and dozens of “trophies” from his hunting expeditions, were removed from the 28-room, Queen Anne Shingle- style mansion and then painstakingly repaired and replaced exactly where he left them.

“We hope that if he walked through the front door right now, he would think he was back during the presidential years,” said Susan Sarna, curator at Sagamore Hill for the past 25 years and project manager for the renovation. “We really do feel if he was in the library he would feel like he was brought back in time to his home.”

The three-story home built in 1885 was named by Roosevelt after the Indian chief Sagamore Mohannis.

Yanek Mieczkowski, a history professor at Dowling College on Long Island, said the larger-than-life Roosevelt had a globe-trotting reputation, but he always returned to the Long Island home where he died in 1919.

“Spending summers there, he camped, hiked, hunted, fished, and rode horse-back with his family — pursuits that he enjoyed and that matched his formidable energy,” he said. “Roosevelt made the presidency portable by bringing staff and paperwork to Sagamore Hill, but the retreat also functioned as his release valve.”

The first floor features his office-library, where he entertained visiting dignitaries and held preliminary talks aimed at ending the Russian-Japanese War. Roosevelt was the first U.S. president to win the Nobel Peace Prize for those efforts.

A long dark hallway, featuring a large head of an African cape buffalo over a fireplace, leads to the North Room, or trophy room. Roosevelt’s rifle and his Rough Rider hat worn during the Spanish-American War are perched atop the antlers of one of the elk heads, exactly where he kept them when he was alive, Sarna said.