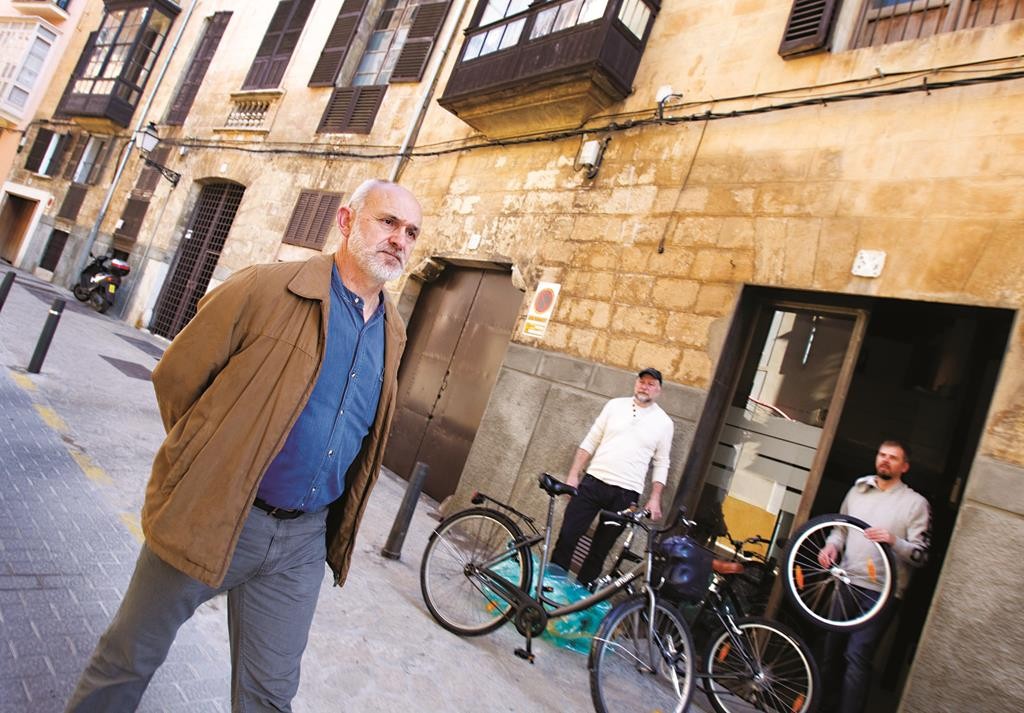 Spain’s Congress of Deputies (lower house of parliament) gave final approval Thursday to a law setting a citizenship path for descendants of Jews who fled the country after being given a choice, in 1492, to convert, go into exile or risk death.

Approval came as positive votes to a series of amendments, so there was no single vote tally.

The law allows Sephardic Jews to start applying for Spanish citizenship in October, granting them a three-year window to seek a Spanish passport complete with the right to work and live anywhere in the 28-nation European Union.

“Today begins a new stage in the history of relations between Spain and the Jewish world,” the Spanish Federation of Jewish Communities (FCJE) said in a statement, “a new period of reunion, dialogue and harmony re-integrating a branch of the nation that was unjustly torn off in its day.”

“The horrible and unacceptable events of the past cannot be undone, but the important recognition referenced in the legislation will help assure that the history of the violence and exile will never be forgotten,” said Malcolm Hoenlein, CEO of the Conference of Presidents of Major American Jewish Organizations. “The Spanish government by their actions is highlighting the contributions of Sephardic Jewry around the world and the importance of confronting the past honestly.”

Jason Guberman, executive director of the American Sephardi Federation, told Hamodia that the law is “largely symbolic, but potentially has an important long-term impact, particularly if it is a model for other countries.”

Not everybody viewed the decision in as positive a light.

“If they were interested in reconciliation, they have had 500 years to do it,” Rabbi Avidan Elkin of the Manhattan-based Sephardic Center told Hamodia. “The country is bankrupt and they are desperately looking to attract any non-Muslims that they can.”

Rabbi Elkin, who also holds a degree in economics, said that an influx of poor immigrants from Middle-Eastern countries had created a significant drain on Spain’s social welfare system and the new law was an attempt to attract more middle-class citizens and investment to the country’s ailing economy.

“Jews from Spain will tell you that even though the community there is very small there is still a lot of anti-Semitism,” he said. “This is basically a PR stunt and a ploy. They are far from doing teshuvah.”

Several Sephardic Jews said that while many communities historically trace their heritage to Spain, proving lineage back to 1492 would be difficult for most people. The Sephardic communities of Greece, Turkey, Bulgaria, and several others originate from the Spanish expulsion. The Jewish community of Sefrou in Morocco is made up almost entirely of families that once lived in the Spanish province of Castile.

The Spanish government has produced a list of several hundred family names it recognizes as possibly having Spanish roots.

Due to mixing between the groups and other factors, there is no accepted figure for the global Sephardic population. Reasonable estimates would range between a fifth and a third of the world’s roughly 13 million Jews.

“This comes 500 years late, but better late than never,” Rabbi Pinchas Goldschmidt, president of the Conference of European Rabbis, told Hamodia. “There are 20,000-30,000 Jews in Turkey who are living under duress. Most of them can prove Spanish origins. It might be a good escape for them.”

Mr. Guberman said that as many as 40 percent of Turkish Jews have applied for Spanish citizenship under existing policies.

“They are voting with their feet due to the hostile political climate created by President Recep Tayyip Erdogan’s administration,” he said. “This is ironic because many Sephardic Jews are in Turkey because of Ottoman Sultan Bayezid II, who welcomed Jewish refugees and purportedly questioned the wisdom of King Ferdinand of Spain, who ‘has impoverished his country and enriched mine!’”

Spain’s vote followed Portugal’s March approval of a similar citizenship plan for Sephardic Jews whose ancestors were forced to leave that country.

Many would-be applicants thought the Spanish law in the works since 2013 would carry few requirements beyond a thorough vetting of applicant ancestry by Jewish organizations. That is the case with the Portuguese law, which was proposed after Spain’s but went into effect on March 1.

But Spanish lawmakers ended up drafting a citizenship process for Sephardic Jews similar to that faced by permanent residents seeking Spanish citizenship.

The hurdles are significant: Sephardic applicants must learn and be tested in basic Spanish and must also pass a current events and culture test about Spain. And they must establish a modern-day link to Spain, which can be as simple as donating to a Spanish charity or as expensive as buying Spanish property.

The reform will allow dual nationality, enabling the newly minted Spaniards to retain their previous citizenship. Such an arrangement would give Sephardic Jews the same privilege it currently grants only to Latin Americans. Elsewhere in Europe, Germany offers citizenship to descendants of Jews forced to flee the Nazis.

Modern-day Spain is home to an estimated 40,000 Jews, according to the FCJE. The largest communities are centered in Madrid and Barcelona.

There has been significant criticism from the Spanish left and Islamic groups of the bill’s failure to include similar provision for Muslims, who were also expelled as part of the Inquisition’s quest to “cleanse” the country of non-Christians.

The Spanish Jewish federation has received more than 5,000 requests for information about the Spanish law. No one knows how many people might be eligible, though some estimates run into the millions.