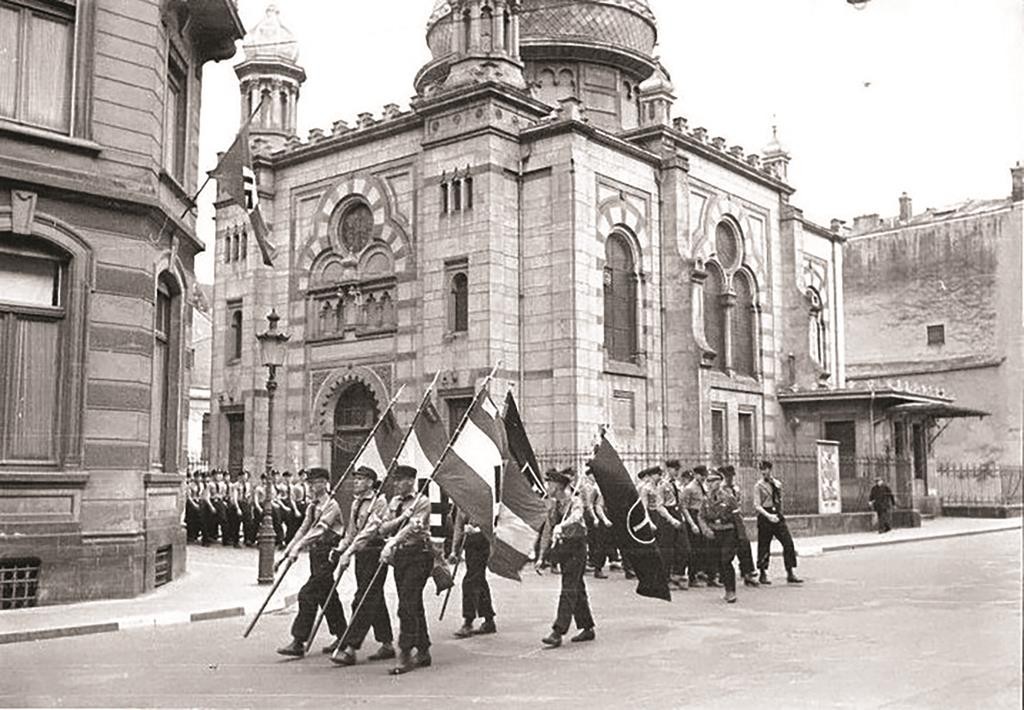 More than 70 years after Luxembourg was officially declared “Judenrein,” free of Jews, the nation’s government issued an admission and apology for its complicit role in the Holocaust.

“It has a moral value,” Alex Bodry, a member of Luxembourg’s parliament and leader of its Socialist Worker’s Party, told Hamodia. “In Luxembourg, the subject of collaboration was taboo for a very long time.”

Bodry said the nation was stirred to self-examination by similar admissions by neighboring France and Belgium.

In a declaration on behalf of Parliament, Luxembourg’s authorities offered their “apology to the Jewish community for the suffering inflicted on it and for the injustices committed.” The statement also “recognizes the responsibility of some public officials in the incomparable acts which were committed.”

The 60-member Chamber of Deputies unanimously ratified the historic document, which was signed by several leading government officials.

The move was the direct result of a study commissioned by former Prime Minister Jean-Claude Juncker to examine Luxembourg’s role in Nazi atrocities. The 190-page study, compiled by historian Vincent Artuso, said that during the period of occupation, many of the nation’s authorities “collaborated once they were invited to by the occupier and often fulfilled their task with diligence, zeal even — certain heads of the administration did not hesitate to take the initiative.”

Following the German invasion, much of the government, together with then-head of state Grand Duchess Charlotte and her family, fled, spending most of the war in Canada and Great Britain. During that time, Luxembourg was placed under the authority of an “administrative commission.”

The report shows that even before the commission was placed under the direction of Nazi-sympathizer and puppet Gustave Simon, it took many steps against local Jews without prompting from occupiers.

A key example is an order forbidding Jews who had left the country to return to their homes.

According to the United States Holocaust Memorial Museum, over 3,500 Jews lived in Luxembourg prior to Nazi occupation, which began in 1940. After a series of deportations, between 1,000 and 2,500 were murdered.

In 1941 the country was declared to be Judenrein. Only 36 Luxembourg Jews are known to have survived Nazi camps.

“It is important for countries to recognize their wrongdoing,” Dr. Michael Berenbaum, a leading Holocaust expert, told Hamodia. “It’s a national experience and it takes countries different amounts of time to come to terms with their past. It is always better that they do it now than not at all. Acknowledgment has a very deep and profound meaning to people.”