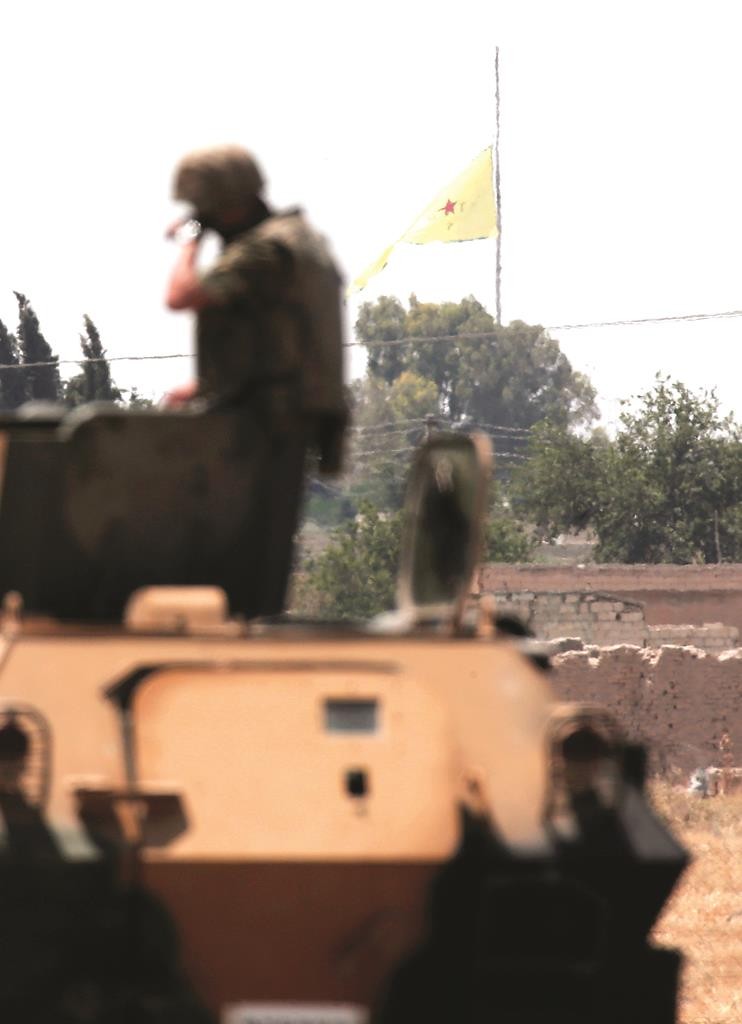 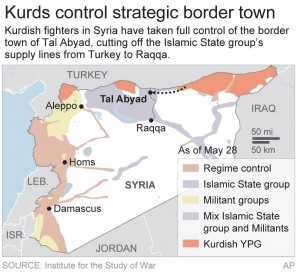 For more than a year, the Syrian town of Tal Abyad on the Turkish border provided a lifeline for the Islamic State group, allowing it to ferry foreign fighters to its self-proclaimed capital of Raqqa and sell oil on the black market.

The loss of the town to the Kurds on Tuesday is a huge setback directly affecting the group’s operational structure and its ability to wage war, making it more difficult to attract volunteers and potentially turning the tide against the terrorists in Syria and Iraq.

It marked a significant reversal of fortunes for the group that only last month generated alarm through its lightning capture of the provincial capital of Ramadi in Iraq’s Anbar province and the historic town of Palmyra in central Syria.

“It shows that the Islamic State group is weaker than it seems despite their earlier victories,” said Wladimir van Wilgenburg, a political analyst who writes for The Jamestown Foundation, a U.S.-based research center.

Analysts said the fall of Tal Abyad is potentially the most damaging loss for the Islamic State group — known by the acronyms ISIS or ISIL in English and Daesh in Arabic — since it declared its self-styled caliphate stretching across northern Syria and a third of Iraq a year ago.

While losing the town of Kobani to the Kurdish fighters of the People’s Protection Units, or YPG, in January was a symbolic blow to IS, the defeat in Tal Abyad presents a real setback that may lead to a serious degrading of the group’s operations.

While IS could still bring forces across the border in Syria’s Aleppo province where it holds territory, it would be a roundabout route that could expose the terrorists to other fighting amid the long Syrian civil war against President Bashar Assad.

“The American policy in Syria and Iraq is to encircle IS and choke them off. When they can no longer sell oil and get reinforcements, they will eventually hit them at intervals,” Khashan said.

The White House indicated the U.S. wasn’t changing its policy after the Kurdish victory.