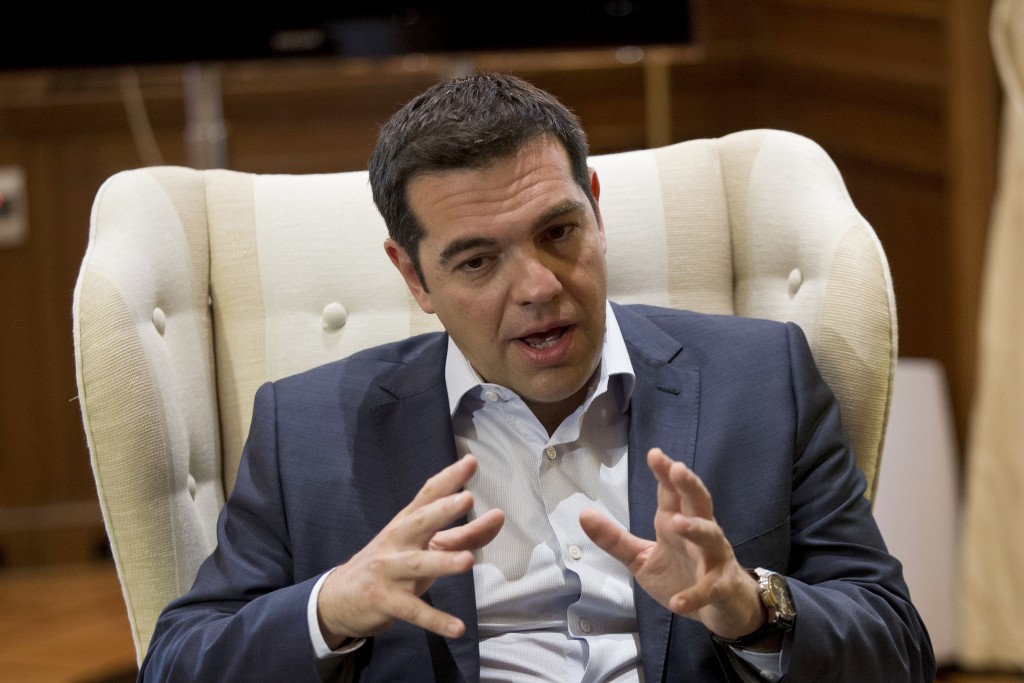 Greece’s leader and a top EU official ignited a war of words on Tuesday, a rare public spat that highlights how tense the talks have become over how to save the country from financial disaster.

“It appears this is a show of strength aimed at killing any effort to counter austerity … It’s an issue that does not only concern Greece but all the peoples of Europe,” he said in parliament.

But Jean-Claude Juncker, the president of the EU’s Executive Commission, swiftly hit back, saying that he had been misrepresented.

“I am blaming the Greeks for telling things to the public, things which are not consistent with what I told the Greek prime minister,” Juncker said in Brussels. “I am not in favor – and the prime minister knows that – of increasing (sales taxes) on medicine and on electricity.”

Tsipras and his government have so far failed to reach an agreement with creditors to release the remaining 7.2 billion euros ($8.2 billion) in the country’s bailout program. Without more loans, Greece faces defaulting on June 30 on a debt repayment of 1.6 billion euros ($1.8 billion).

Elected on an anti-austerity platform in January, Tsipras has softened his tone somewhat in an attempt to get a deal done with creditors. But he is struggling to convince skeptics in his coalition government to back a deal that would likely see an extension of bailout taxes.

Dissenters within the main Syriza party – some openly seeking a break with lenders and a return to a national currency – have organized anti-austerity rallies in Athens on Wednesday.

Tsipras on Tuesday met with the leaders of two opposition parties who offered his government help in the bailout negotiations. The centrist Potami and Socialist Pasok parties have a combined bloc of 30 seats in parliament.

“I have said time and again that I would like to do everything that is possible to keep Greece in the eurozone,” she said. “And I am applying myself to this task.”

Germany’s Bild newspaper quoted Greek Finance Minister Yanis Varoufakis as saying he wasn’t planning to present any new proposals at Thursday’s meeting of the eurozone’s 19 finance ministers, which has been billed as potentially decisive in the standoff over Greece’s bailout.

Mujtaba Rahman, of the New York-based risk consultancy Eurasia Group, said tensions between Greece and lenders could help Tsipras sell a compromise to his party.

“We continue to believe pressure on Tsipras from within Syriza will dissipate if he is seen to bring home the best possible political deal,” he said. “But time is close, and the risk of worst-case scenarios is certainly increasing.”