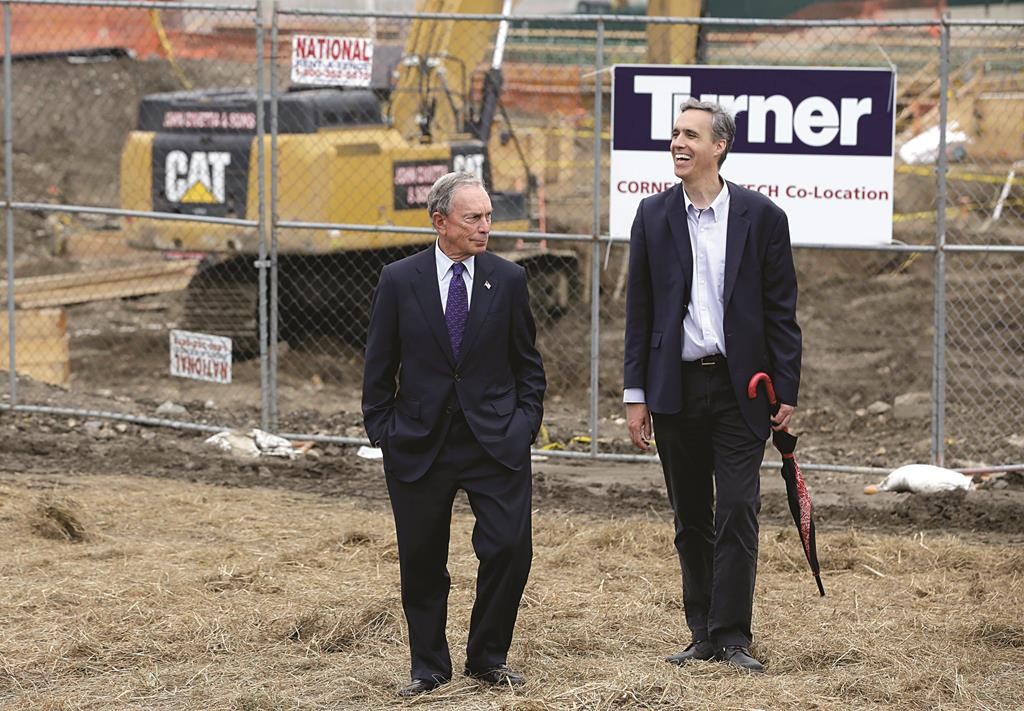 Bloomberg and Mayor Bill de Blasio toured the Cornell Tech site before announcing the gift from Bloomberg Philanthropies that will help fund the construction of the new campus on Roosevelt Island.

The first academic building will be known as the Bloomberg Center in honor of Bloomberg’s daughters, Emma and Georgina.

“New York became the greatest city in the world because we dare to dream bigger than anyone else and this project, I think, is part of that tradition,” he told the crowd.

Cornell Tech was founded in December 2011 when it was selected as the winner of an applied sciences initiative to spur the growth of the tech industry in partnership with the city.

“This is how you build a future and its happening right before our eyes,” de Blasio said.

The groundbreaking was the first time the two mayors appeared together in public since de Blasio took office in January 2014.