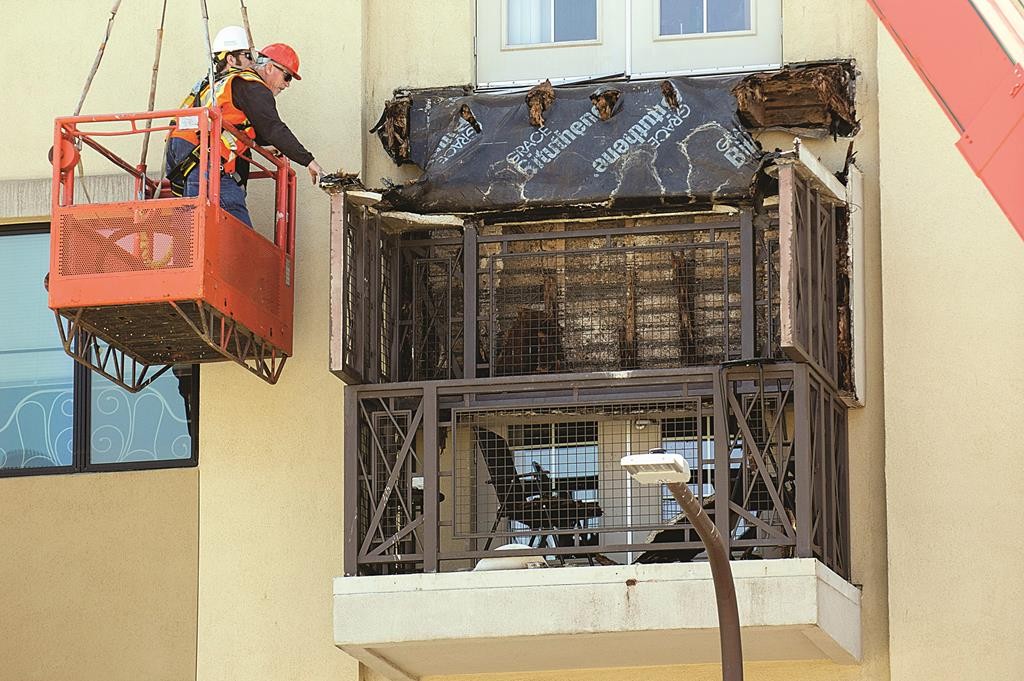 A 21st-birthday party thrown by a group of visiting Irish college students turned tragic early Tuesday when the fourth-floor balcony they were crowded on collapsed with a sharp crack, spilling 13 people about 50 feet onto the pavement. Six people were killed and seven seriously injured.

Police and fire and building officials were working to figure out why the roughly 5-by-10-foot concrete-floor balcony broke loose from the side of the stucco apartment building, situated a couple of blocks from the campus of the University of California, Berkeley.

High school student Jason Biswas’ family nearby was awakened by the noise.

“They thought there was an earthquake, but then we looked out the window and saw seven or eight people on the ground,” the 16-year-old said.

Five of the dead were 21-year-olds from Ireland who were in the country on so-called J-1 visas that enable young people to work and travel in the U.S. over the summer, while the sixth victim was from California, authorities said.

The news brought an outpouring of grief in Ireland, from the prime minister on down.

The U.S. government’s J-1 program brings 100,000 college students to this country every year, with large numbers landing jobs at resorts, summer camps and other attractions. The San Francisco Bay area is especially popular with Irish students, many of whom work at Fisherman’s Wharf and other tourist sites.

Berkeley officials said the building code would have required the balcony to hold 60 pounds per square foot, which in this case would work out to somewhere around 3,000 pounds — more than 13 normal — size people.

Investigators will probably look first at whether the balcony was built to code and whether rain or other weather weakened it, said Kevin Moore, a San Francisco-based engineer and chairman of the structural standards committee of the Structural Engineers Association of California.