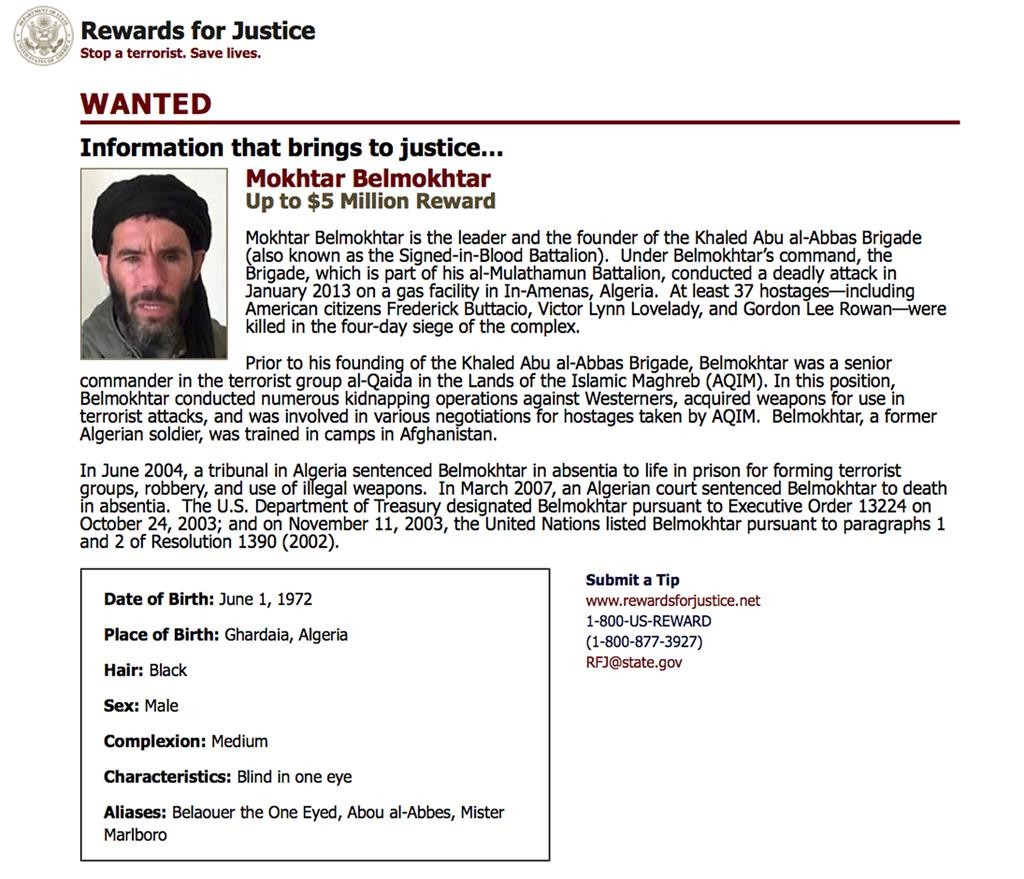 A Libyan military spokesman said Monday that three foreigners were among a number of terrorists killed in U.S. airstrikes in eastern Libya, but said it is too early to determine if the target, an Algerian al-Qaida-linked leader, was among them.

The U.S military said it launched weekend airstrikes in Libya targeting Mokhtar Belmokhtar, a terrorist who once belonged to al-Qaida who is charged with leading a 2103 attack on a gas plant in Algeria that killed at least 35 hostages, including three Americans. Pentagon spokesman Col. Steve Warren said it was believed the strike was successful but “post-strike assessments” were still underway to determine whether the target was killed.

“Our initial assessment is that it was a successful strike but we’re not prepared to confirm that because we haven’t finalized our assessment,” he said. Libya’s internationally recognized government, based in the country’s east, said the strike was coordinated with the United States.

A Libyan Islamist with ties to Libyan terrorists, however, said the airstrikes missed Belmokhtar, instead killing four members of a Libyan terror group, linked to al-Qaida, Ansar Shariah, in Ajdabiya, some 500 miles east of the Libyan capital, Tripoli.

If confirmed, Belmokhtar’s death would be a major achievement for the U.S. Belmokhtar was considered among the most wanted terrorists in the region. There was no immediate proof provided for his death, which requires a DNA test or an announcement by his group that he was killed.

The U.S. filed terrorism charges in 2013 against Belmokhtar in connection with the Algeria attack. Officials have said they believe he remained a threat to U.S. and Western interests. Belmokhtar had just split off from al-Qaida in the Islamic Maghreb to start his own franchise.

Authorities offered a $5 million reward for information leading to the arrest of Belmokhtar.

The airstrike comes as al-Qaida in eastern Libya continue to battle with members of the Islamic State, as the warring groups fight over power and resources.