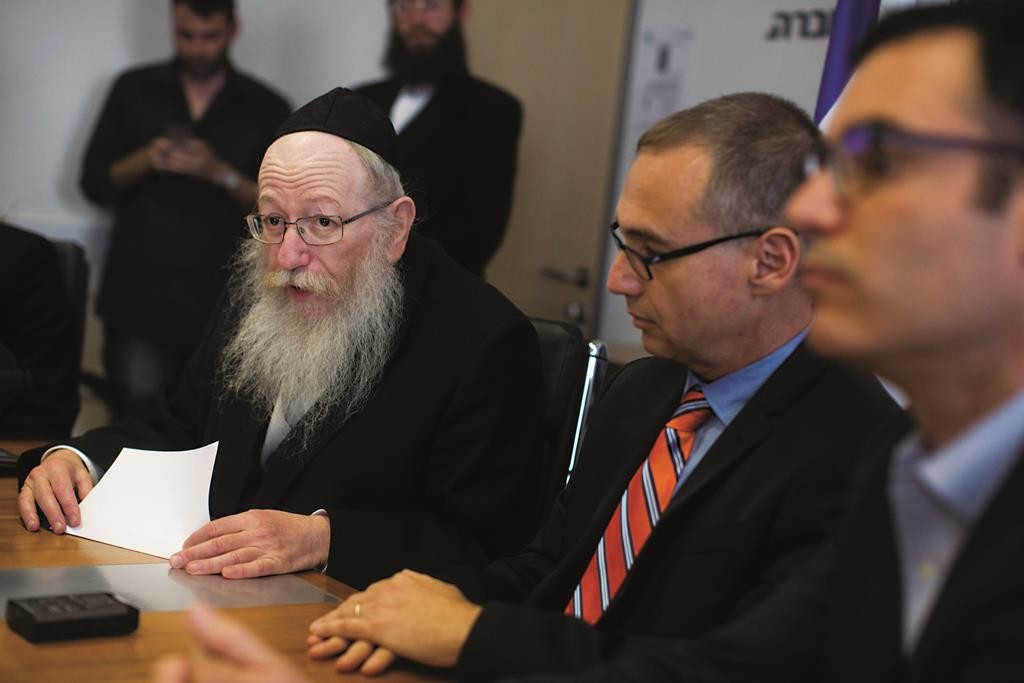 Deputy Health Minister MK Rabbi Yaakov Litzman (UTJ) on Monday said that if the bill to authorize force-feeding of hunger-striking prisoners becomes law, he will see to it that doctors comply.

On Sunday, Israel Medical Association chairman Dr. Leonid Eidelman declared that he would tell member doctors not to carry out forced feeding of security prisoners.

”Without going into whether I’m for the bill or against it (and I’m for it), but it cannot be that someone in our ministry will say that he will not obey the law,” Rabbi Litzman told the Knesset Health Committee. “Therefore, I say to him that he must take back what he said and apologize. If he refuses, I will find ways to take action.”

Committee chairman Kulanu MK Eli Alalouf said he agreed, that “we as health professionals and Jews must act to save lives.”

The doctors opposition is based on the Patients’ Rights Law, which protects them against invasive procedures against their will, as well as medical ethics accepted both in Israel and internationally, Eidelman said.

Meanwhile, Yisrael Beiteinu chairman Avigdor Lieberman agreed with the IMA but not for the same reason.

“Whoever wants to sit hungry — he can sit,” Lieberman said.

“This is their life and their responsibility,” Lieberman continued. “Whoever thinks it’s not pleasant for a democratic society should learn what happened to the Irish prisoners in Margaret Thatcher’s day. What’s good for the birthplace of democracy, England, is good enough for us.”