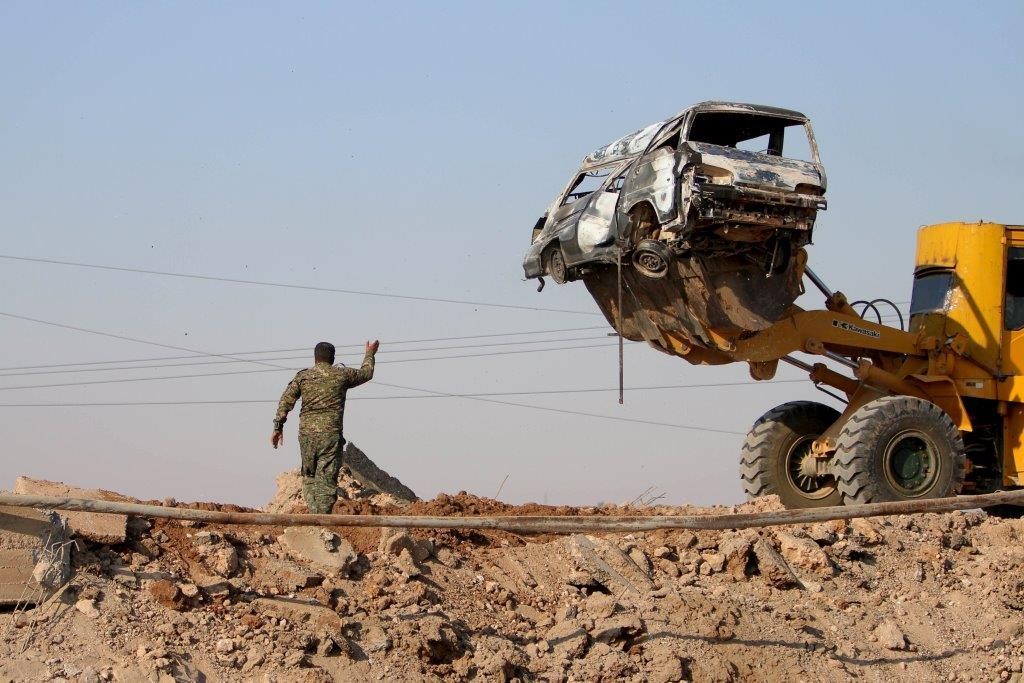 The Syrian Kurdish YPG militia, aided by U.S.-led air strikes, have seized most of the town of Tel Abyad from Islamic State and pushed them back towards their de facto capital in Raqqa, a monitoring group said on Monday.

The Britain-based Syrian Observatory for Human Rights, which tracks Syria’s civil war, said a handful of Islamic State fighters and their Arab tribal allies remained in a few pockets inside Tel Abyad near the Turkish border.

While dealing a blow to Islamic State, seizing Tel Abyad would help the YPG link up Kurdish-controlled areas of northern Syria. Turkey is worried about the risk of separatist sentiment among its own Kurdish minority in the southwest.

The Kurdish thrust into Tel Abyad came from both east and west of the town where it brought troops from Hasaka province in the northeastern part of Syria and from Kobani, northwest of Tel Abyad. But U.S.-led coalition bombing of Islamic State positions in the town played a decisive role in repelling the jihadists.

Tel Abyad, on the frontier with Turkey, has been a main conduit for the Islamic State to smuggle weapons and oil.

The YPG has emerged as a key partner on the ground in Syria for the U.S.-led alliance that has been bombing Islamic State in Syria and Iraq. The Kurdish militia’s advance into Raqqa province follows a campaign that drove Islamic State out of wide areas of neighboring Hasaka province.