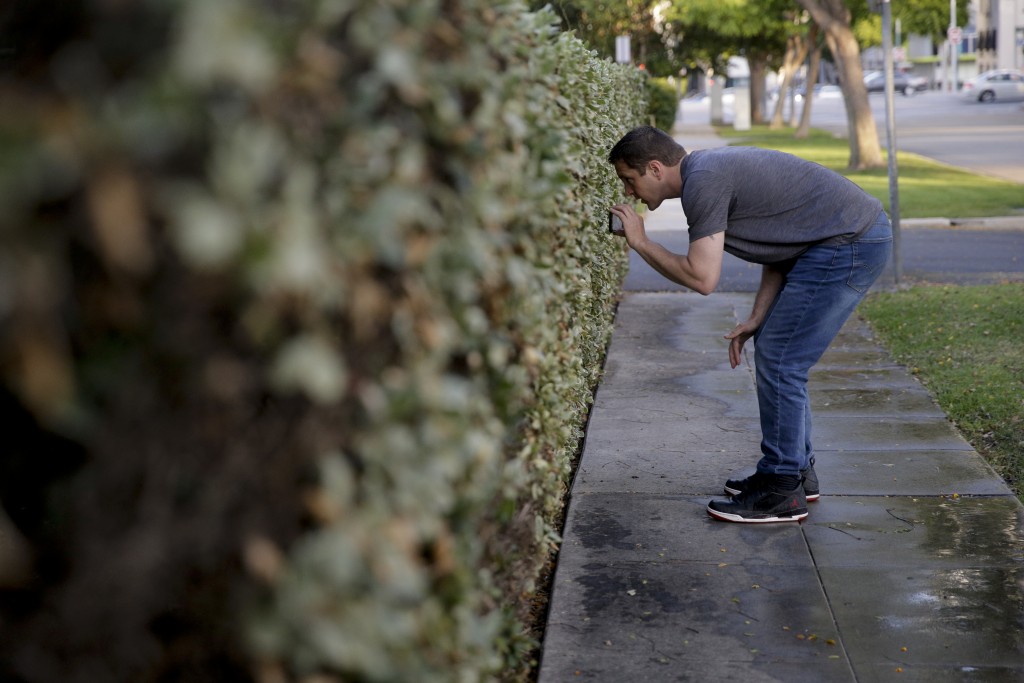 Ready to water that beautiful lush lawn of yours?

If you live in Southern California, you’d better wait until after midnight. Preferably on a cloudy, new-moon night during a power outage when it’s so dark even night-vision goggles won’t give away your position. Otherwise, you could wind up the star of the latest drought-shaming video posted on social media.

“Yeah, I put your address out there. The world is watching a lot more,” says Tony Corcoran, one of several people who spend their spare time these days canvassing the tony communities of Beverly Hills, West Hollywood and elsewhere, looking for people wasting water during the worst California drought in recent memory.

Others tweet out addresses and photos of water scofflaws, using hashtags such as (hash)DroughtShaming. Still others are snapping smartphone photos of them and sending them directly to authorities.

Not everyone is happy about it.

One woman, quickly tiring of Corcoran’s lecture on conservation while she watered her plants, turned her hose on him.

In Beverly Hills, where he was showing a reporter and photographer water running down the street in front of a mansion, the angry resident called police. Two patrol cars quickly responded, but the officers took no action.

In Hollywood, Sam Bakman, who manages a condominium complex, said his building was recently shamed wrongly by somebody on Twitter over a broken sprinkler head that was quickly repaired. He showed a reporter the city-issued restrictions on watering and pointed out his sprinkler timers fall well within the guidelines.

“If they thought we were doing something wrong, why not come knock on my door?” he asked.

Corcoran, a restaurant group administrator who kept his New York attitude when he came to laid-back Los Angeles a while ago, is unrepentant.

“The whole point is to get people to change, not to shame,” he said.

With California in the fourth year of a drought with no end in sight, the governor has ordered everyone to use 25 percent less water, and drought shamers say the easiest way to accomplish that is to quit watering your yard. Or at least be careful about it and not let water spill into the street.

“I was a passenger in a car driving by, and first I noticed water down the street. And when we drove up, I saw the broken sprinkler head,” said Patricia Perez, of LA’s Eagle Rock neighborhood, who quickly tweeted out a picture of the mess. She also emailed it to the local water agency.

Dan Estes, a Los Angeles real-estate broker, has gone so far as to build his own free app, DroughtShame, that records the time and place where people see waste.

Unlike some other drought shamers, he doesn’t believe in getting in people’s faces or outing them to the world. Instead, people who use his app send the information and a photograph to him, and he forwards it to the appropriate water agency.

“I drought-shamed the preschool next to my apartment,” Estes said. “Timer was off on their sprinklers. Those things were on for five hours, and the sidewalk was a river. I was non-confrontational, but at the same time, public.”

Twenty minutes after he reported it, Estes said, the sprinklers were shut off.