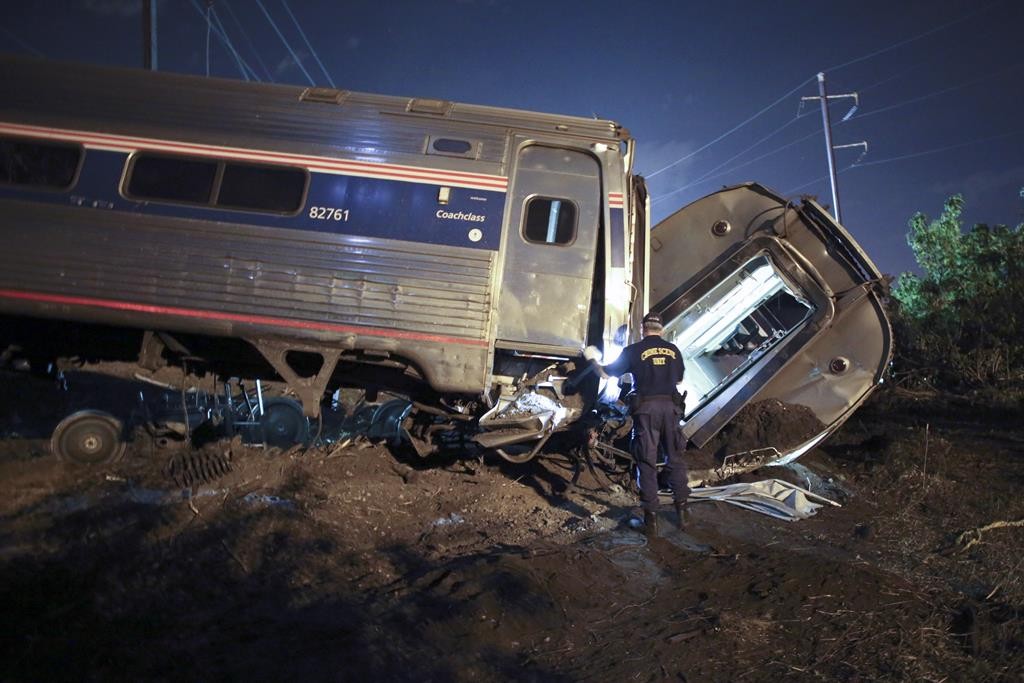 The engineer in last month’s fatal Amtrak crash wasn’t using his cellphone to talk, text or download anything just before the train sped off the tracks, investigators said Wednesday, addressing one big question about what might have caused the accident but only deepening the mystery of what did.

Eight people were killed and about 200 were injured in the crash in Philadelphia. For reasons still unknown, the train accelerated to 106 miles per hour in the minute before it entered a curve where the speed limit is 50, investigators have said previously. In the last few seconds the brakes were applied with maximum force, but the train was still traveling at over 100 mph when it left the tracks.

In its updated report Wednesday, the National Transportation Safety Board said an examination of the cellphone of the engineer, Brandon Bostian, also indicated he didn’t access the train’s Wi-Fi system while he was operating the locomotive.

Bostian suffered a head injury in the May 12 crash, and his attorney has said he doesn’t remember anything after the train pulled out of Philadelphia’s 30th Street Station, the last stop before the derailment.

On Tuesday, the House passed a transportation spending bill that includes $9 million for Amtrak to install inward-facing cameras in locomotive cabs.

At Wednesday’s hearing, NTSB Vice Chairwoman Bella Dinh-Zarr urged the swift installation by railroads of positive train control, a technology that can prevent trains from derailing because of excessive speed, as well as collisions between trains. NTSB first recommended trains have the technology in 1970, and has since investigated 140 accidents that it could have prevented, she said.