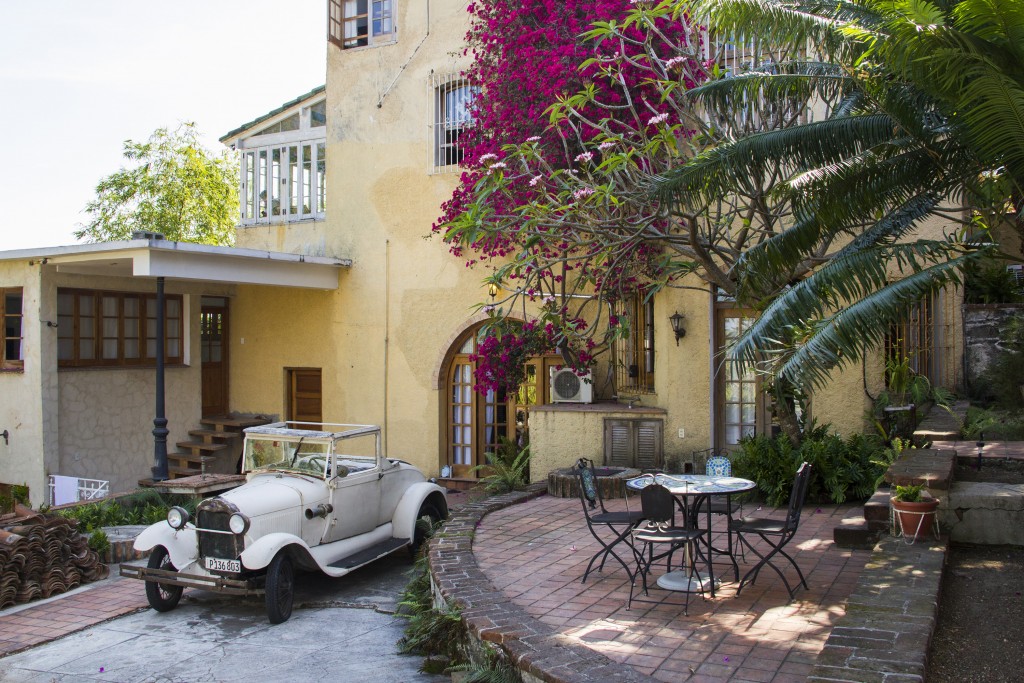 Airbnb has grown rapidly in Cuba because it took advantage of two well-established patterns: the tradition of renting out rooms to travelers to earn extra money and the kindness of friends and neighbors with internet connections.

Since launching in Cuba on April 2 with 1,000 listings of casas particulares – private homes that rent rooms or, in some cases, an entire house or apartment – San Francisco-based Airbnb has more than doubled its Cuban listings to around 2,000.

Even Airbnb is surprised by how quickly the concept has taken off in Cuba. “We were really surprised by the quick uptake, especially since we hadn’t done much promotion in Cuba,” said Kay Kuehne, regional director for Airbnb in Latin America.

“In San Francisco, it took three years to grow to 1,000 listings,” he said. “We’ve been very happy with the launch both in the Cuban community and in the American community.”

Americans still can’t visit Cuba as tourists, but they can travel to Cuba under 12 authorized categories such as on people-to-people tours or for educational activities and professional research.

Cuba has become Airbnb’s most searched site in Latin America, Kuehne said. About 40 percent of the listings are in Havana, but 30 towns and cities across Cuba also have listings.

Among the reasons for the rapid growth is that Cubans have decades of experience renting out extra rooms to travelers. The government first allowed Cubans to rent out rooms in their homes in 1997 and operate their casas particulares as businesses, but the concept became popular as an under-the-table enterprise in the early 1990s during the “special period,” when an economic crisis prompted Cubans to look for a source of extra income.

With more recent changes that have allowed Cubans to rent more than two rooms and hire employees who aren’t family members to help with cooking and housekeeping, the popularity of the casas as a self-employment option has soared. The government recently said there are 8,000 rooms for rent in casas particulares across the island.

Building on an existing system greatly benefited the Airbnb launch, said Kuehne. “Some of our casas have been in business for 10 or 15 years. They really know what they are doing.”

Some of the more sophisticated casas particulares maintain their own websites and some are listed on European booking sites, but before the Airbnb launch, it was difficult for Americans to search for and book a wide range of casas online.

Internet penetration in Cuba is low — only about 5 percent have access to the global internet, although more can communicate with a domestic intranet — and that could be a big problem for an online booking site.

But here, too, Airbnb has built on an existing pattern in Cuban society to help ameliorate the difficulties: Those who do have internet often charge fees to provide access to friends and neighbors.

For casas without internet, Airbnb has set up a platform of internet-connected “hosting partners” who can manage inquiries and receive bookings for casas without online access, said Kuehne. Such hosting partners receive around five Cuban convertible pesos (around $5) per reservation on rooms that average 25 to 30 CUCs, he said.

“What Airbnb does is provide the platform and the tools so Cubans can become successful hosts,” said Kuehne.

Airbnb also has extended its host guarantee of up to $1 million to cover damages caused by guests at Cuban casas, he said.

The listings and prices vary widely depending on location and amenities. A room at Casa Las Marias, a colonial house in the historic district of Camaguey, for example, rents for $16 a night. There’s no air conditioning, but the hosts also offer breakfast, dinner and laundry service if guests want them.

Tamara Castellanos, who recently signed up for Airbnb but has yet to receive guests from the booking service, does have internet. “It’s quite difficult, but if it doesn’t work at home, you can always go to the hotels,” she said.

She has two Airbnb listings: One in Old Havana for a double room with private bath, safe deposit and air conditioning that rents for $50 a night, and a two-bedroom apartment ($57 per night) in Havana’s Lawton neighborhood. She advertises that one as a stay in an “authentic Cuban neighborhood,” complete with balcony overlooking Havana Bay.

She’ll also rent the entire Old Havana flat, which has a second bedroom, living room and small kitchen for $90 per night.

“We’re so happy to join Airbnb,” said Castellanos in a phone interview. “I’m seeing more Americans in Havana now, so I really hope they will book.” She heard about Airbnb from a friend and jumped on the chance to sign up.

Castellanos, who used to work in a hotel, has been in the casa business for about three years and has two employees who help with cleaning and other chores.

“I love to receive guests. You work really hard, but this is good for my family,” said Castellanos, who is married and has three children.

For casas that need professional photos for their listings, Airbnb will hook them up with Cuban photographers. “We’re generating income for photographers, as well,” said Kuehne.

Castellanos said that former guests took some of the pictures that appear in her listings. “You know people help each other out in Cuba,” she said.