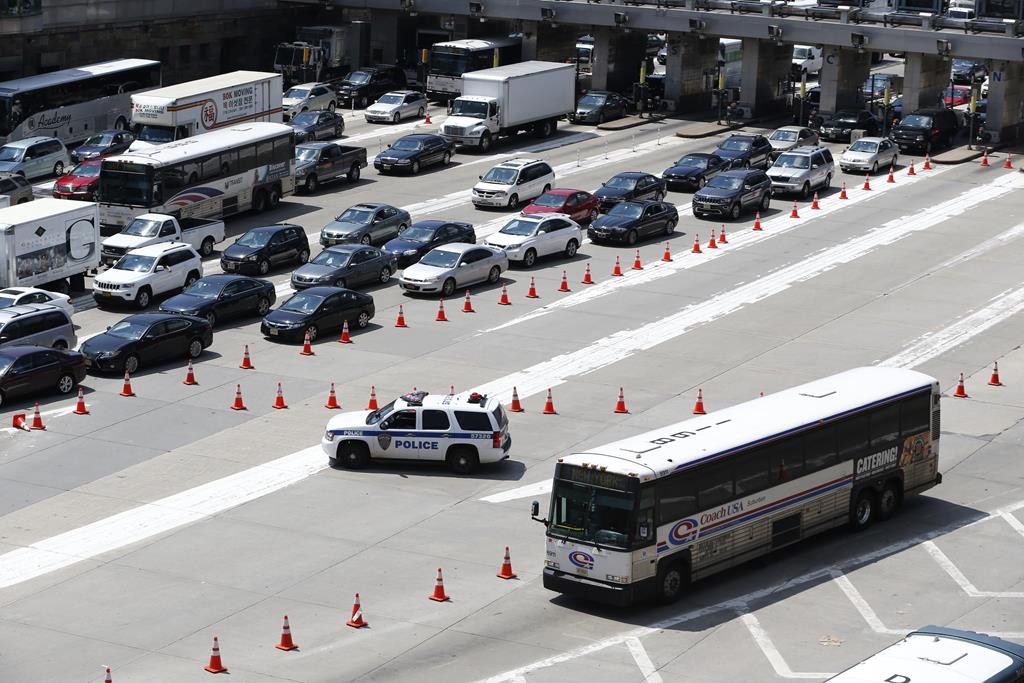 A New Jersey Transit bus rear-ended a private bus carrying Canadian schoolchildren inside the Lincoln Tunnel on Wednesday, injuring more than 30 people and slowing traffic on one of the busiest routes for commuters entering and leaving New York City.

The crash happened at around 9:30 a.m. in the center tube on the New York side of the tunnel connecting it with New Jersey. None of the 26 students and two adults from the Toronto school was hurt. The group was heading to New York for a graduation trip.

But 35 to 40 people on the transit bus were hurt, with the four most severely injured having neck and back injuries. The Fire Department of New York said 31 people were taken to hospitals with injuries that weren’t considered life-threatening.

Jaehoon Chung, a carpenter who was going to work on the NJ Transit bus, said the impact of the crash felt like a minor collision. He said the passengers were stuck on the bus for 10 to 20 minutes because the door was damaged.

“We couldn’t get out. The door was bent,” he said. “Everyone was calm. We all waited until a cop came.”

The crash caused delays of up to one hour heading into New York. The two lanes of the center tube in the tunnel reopened before noon. About 42 million vehicles a year travel through the tunnel, which has three tubes built beneath the Hudson River.