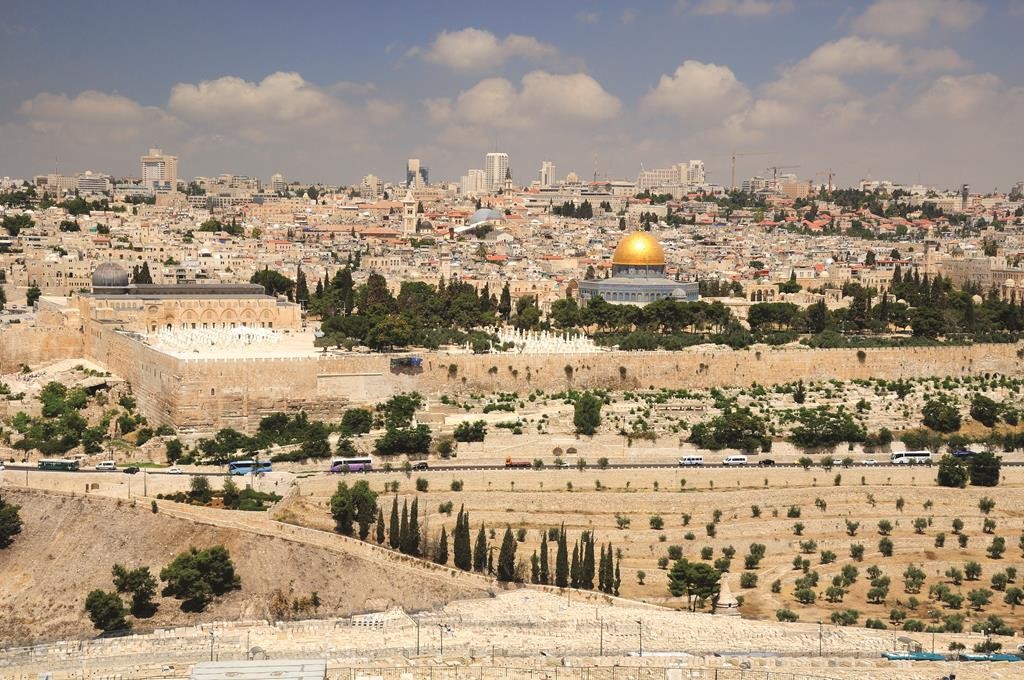 Siding with the White House in a foreign-policy power struggle with Congress, the Supreme Court ruled Monday that Americans born in the city of Yerushalayim can’t list Israel as their birthplace on passports.

In a 6–3 ruling, the Court said Congress overstepped its bounds when it approved the passport law in 2002. The case mixed a dispute between Congress and the president with the thorny politics of the volatile Middle East.

The ruling ended a 12-year-old lawsuit by Yerushalayim-born American Menachem Zivotofsky and his U.S.-citizen parents.

The law struck down on Monday by the Court would have forced the State Department to alter its long-standing policy of not listing Israel as the birthplace for Yerushalayim-born Americans. The policy is part of the government’s refusal to recognize any nation’s sovereignty over Yerushalayim until Israelis and Palestinians resolve its status through negotiations.

The law, which passed Congress with a large majority, gave individuals born in Yerushalayim the option of listing Israel as their place of birth, rather than “Jerusalem,” as called for under the government’s present policy.

Then-President George Bush said that he did not intend to follow Congress’s measure, as it “interferes with the president’s constitutional authority to conduct the nation’s foreign affairs.”

Shortly after the law’s passage, the Zivotofsky family sued for the right to list “Israel” on their son’s passport, under the legislation.

While acknowledging the “sensitivity” of the issue, justices dealt exclusively with the question of separation of powers.

Justice Anthony Kennedy said in his majority opinion that the president has the exclusive power to recognize foreign nations, and that determining what a passport says is part of that power.

“Put simply, the nation must have a single policy regarding which governments are legitimate in the eyes of the United States and which are not,” Kennedy wrote. “Recognition is a topic on which the nation must speak with one voice. That voice must be the president’s.”

Justice Antonin Scalia challenged Kennedy’s analysis in a vigorous dissent. The justice read his opinion from the bench, a rare occurrence for dissenters and a sign of deep disagreement. “Who says so?” he asked.

Scalia said that granting the president exclusive domain over foreign policy “elevates efficiency above the text and structure of the Constitution,” likening the decision to creating a despot the likes of “Bismarck or King George.”

Justice Clarence Thomas, who agreed with the outcome of the case, but on narrower grounds, wrote back in retort that the dissenters’ view of separation of powers was “more reminiscent of the Parliament in England than the Congress in America.”

In a separate opinion, Roberts cast the court’s decision as dangerously groundbreaking. “The court takes the perilous step — for the first time in our history — of allowing the president to defy an act of Congress in the field of foreign affairs,” he wrote.

Robert Reinstein, the former dean of Temple University’s law school, said the decision was significant because the court held for the first time that the president has exclusive power in an area of foreign affairs — recognizing foreign governments — even though the Constitution does not explicitly say so. On the other hand, Reinstein said, Kennedy went out of his way to say Congress retains substantial authority in providing money for embassies, imposing restrictions on trade and refusing to ratify treaties.

The court’s consideration of the case has coincided with strained Israeli-American relations. The status of Yerushalayim has for decades been among the most vexing issues in Israeli-Palestinian relations. Israel has controlled all of Yerushalayim since the Six-Day War in 1967 and has proclaimed a united Yerushalayim as its eternal capital. The Palestinians have declared that east Yerushalayim will be the capital of their independent state.

Indeed, Kennedy opened his opinion by noting the tensions that surround the status of Yerushalayim. “A delicate subject lies in the background of this case. That subject is Jerusalem,” he said.

In the voting breakdown, the court’s four liberals, including the three Jewish justices, joined Kennedy’s opinion that sided with the administration and against the Zivotofskys.

Since the founding of the State of Israel, U.S. policy has long refrained from recognizing any nation’s sovereignty over Yerushalayim and has held that the city’s status should be resolved through negotiations between the parties. Congress has for years tried to push administrations of both parties to recognize Yerushalayim as Israel’s capital. The U.S. has never enforced the passport law, which has been on the books since 2002.

President George W. Bush signed the 2002 provisions into law but noted that “U.S. policy regarding Jerusalem has not changed.” Obama has taken the same stance.

Many reactions focused more on the particulars of the political issue than the separation of powers issue dealt with by the court.

Reacting to the ruling, Alyza Lewin, who argued the case for the family, said the decision “highlights the central fallacy” of U.S. policy on Yerushalayim. “Presidents have been permitted by American public opinion to maintain, as American foreign policy, the absurd position that no country is sovereign over Jerusalem, and that no part of the city, including the western portion of Jerusalem, is in Israel,” Lewin said.

State Department spokesman Jeff Rathke said the decision simply confirmed the president’s longstanding authority in foreign affairs, and added that “we remain committed” to the policy on the neutrality of Yerushalayim.

Ari Zivotofsky, Menachem’s father, said, “We hope that the president will rectify the current U.S. foreign policy and recognize a dissenting opinion called ‘the real-world fact that Israel controls the city of Jerusalem.’”

The justices had Zivotofsky’s case before them once before. In 2012 the court rejected lower-court decisions that called the matter a political issue that should be resolved by Congress and the president without the help of the courts.

The federal appeals court in Washington then struck down the law.