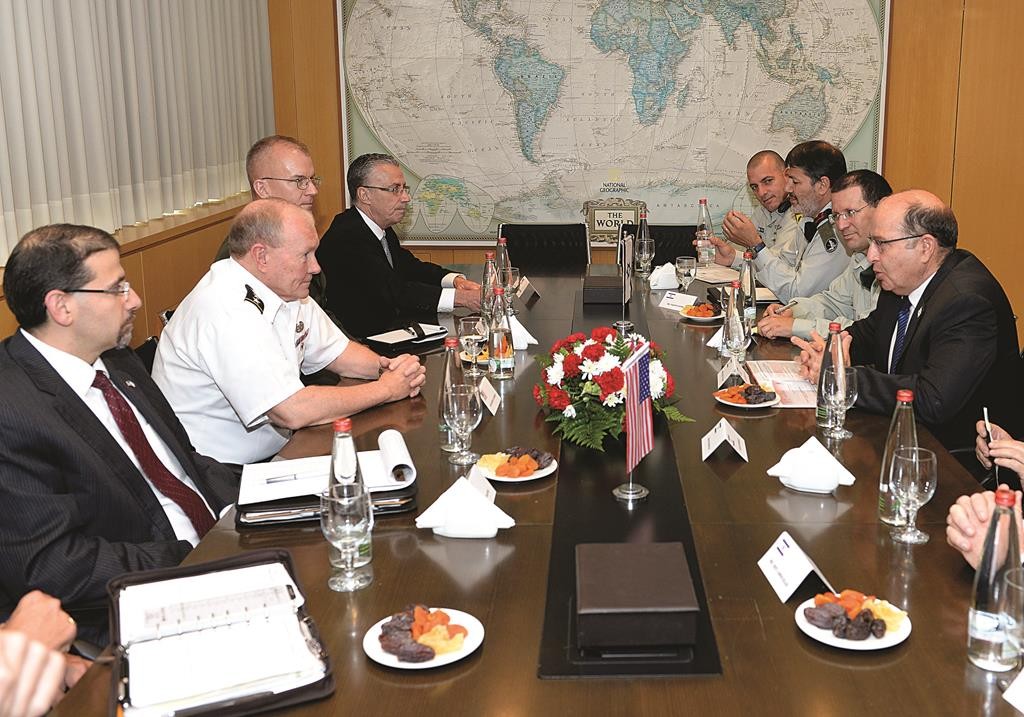 CIA Director John Brennan was in Israel last week for secret meetings with Prime Minister Binyamin Netanyahu and senior security officials to brief them on details of the Iran nuclear deal, in particular measures to ensure that Tehran complies with agreed restrictions.

Iran would likely spend some newfound resources on its military and its surrogates if a nuclear deal can be reached that leads to sanctions relief, Dempsey said on Tuesday, Reuters reported.

But he said the long-term prospects were “far better” with an Iran that wasn’t a nuclear power and reassured Israeli officials that Washington would work to mitigate Iran-related risks, with or without a deal.

Before his unpublicized trip, Brennan told reporters in the U.S. that tensions between President Barack Obama and Netanyahu are not harming intelligence cooperation between the two countries.

“There is very, very strong relationship between the United States and Israel on the intelligence, security and military fronts,” he said. “It’s one of the great things, I think, about our system; there can be policy differences between our governments but the intelligence and security professionals know that we have an obligation to keep our countries safe and secure.

In his interview on CBS, Brennan said that the deal with Iran will mandate a rigorous inspection regime to keep track of the nuclear facilities.

“I believe that the U.S. intelligence and other intelligence agencies will need to be able to continue to watch, monitor and see whether or not Iran is adhering and abiding by the various requirements of the deal,” he added. “We’re working very closely with our partners to do that. We’ve learned a lot about the Iranian program over the last decade. So I’m confident that we’re going to be able to bring to bear some of those capabilities that we — and expertise — that we have developed.”